We are hearing loads of news about the upcoming Samsung Galaxy Tab S7 and Tab S7+ for last few days. The tablets have been spotted on various certification websites and a well-known Weibo blogger @i冰宇宙 has also revealed some specifications of the upcoming Galaxy tablets.

Today as I mentioned above, the Plus variant of the Galaxy Tab S7 has been spotted on Geekbench. As per the Geekbench listing, the device is powered by Qualcomm’s latest Snapdragon 865 chipset clocked at 1.8 GHz and runs Android 10 OS. 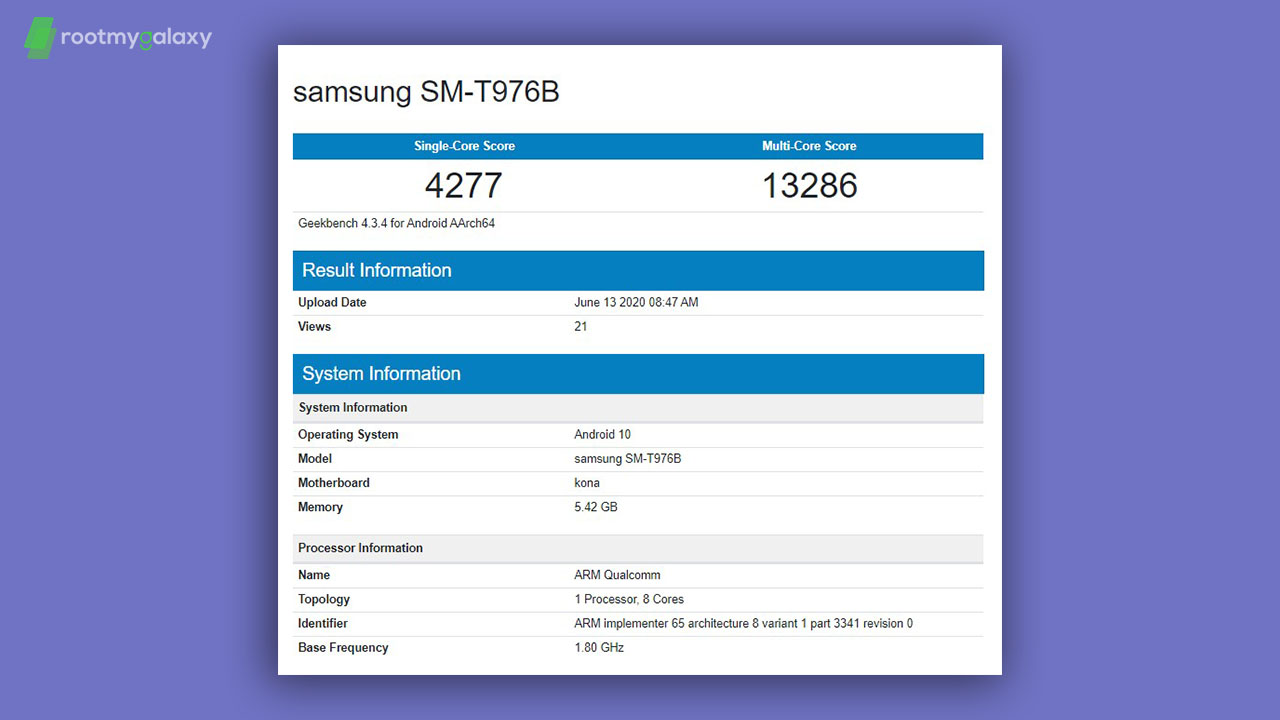 The alleged Samsung Galaxy Tab S7+  has achieved a single-core score of 4277 and 13286 in the multi-core test. As of now the release date of these tablets are unknown but according to some sources, Samsung may unveil the tablets in August.