Update: Now the Galaxy Z Flip with model number SM-F707B has been approved by the Wi-FI Alliance. 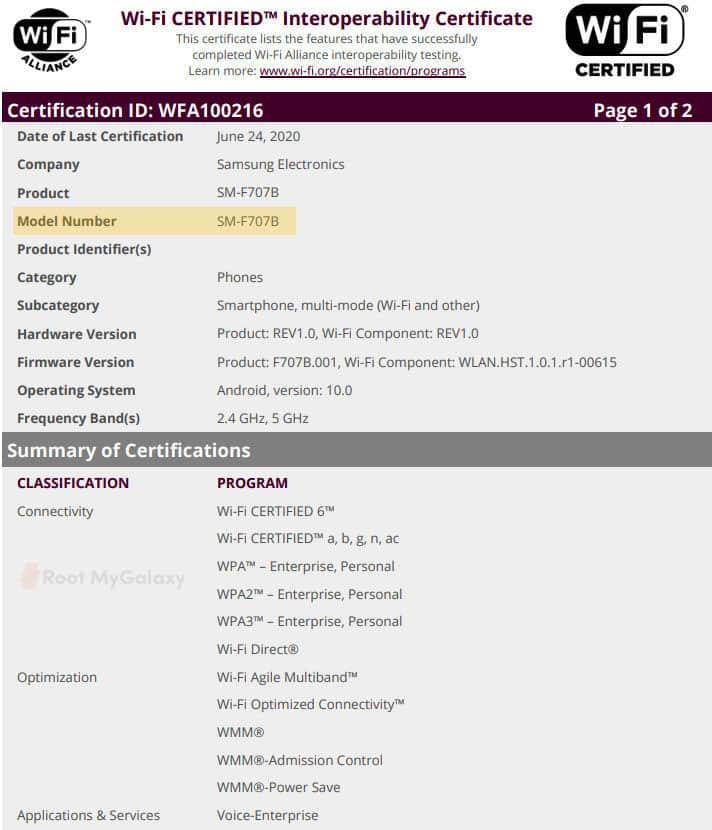 The Samsung Galaxy Z Flip 5G with model numbers SM-F707U, SM-F707W, SM-F707U1, SM-F7070, SM-F707N, and SM-F707B has been certified by the Bluetooth SIG. As it is a Bluetooth certification, the listing only confirms that the device will have the latest Bluetooth 5.0. 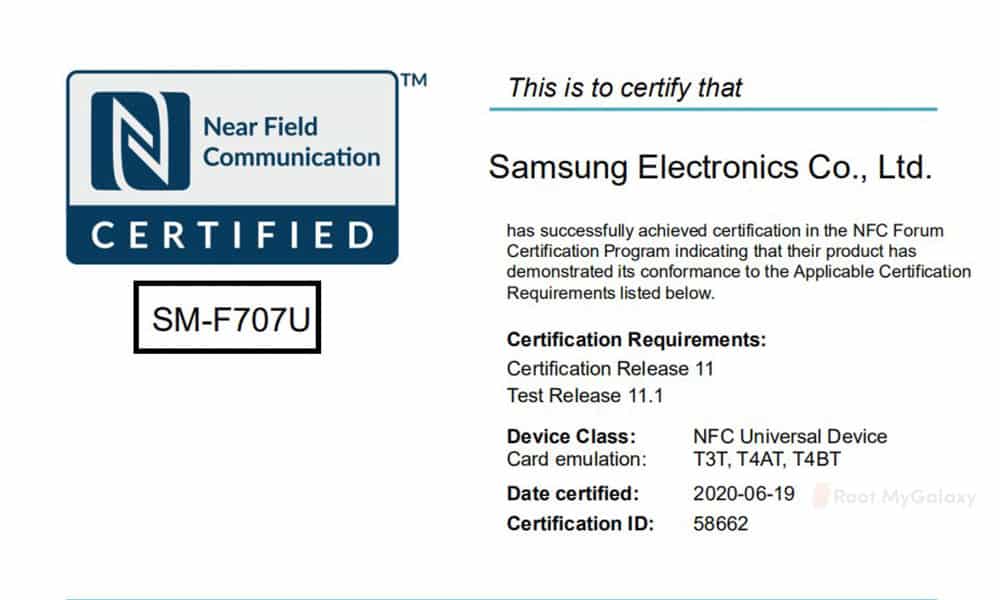 The Samsung Galaxy Z Flip has also been approved the NFC. The device with model number SM-F707U appears on the NFC certification site.

Previously, the Samsung SM-F707B model has been benchmarked at Geekbench benchmarking platform. The Geekbench listing revealed that the device is driven by Snapdragon 865 SoC coupled with 8 GB of RAM. As per the Geekbench report, the device will be running Android 10 out of the box.

As the reputed release date of the device is nearing, we will be getting more and more leaks and information regarding the device.