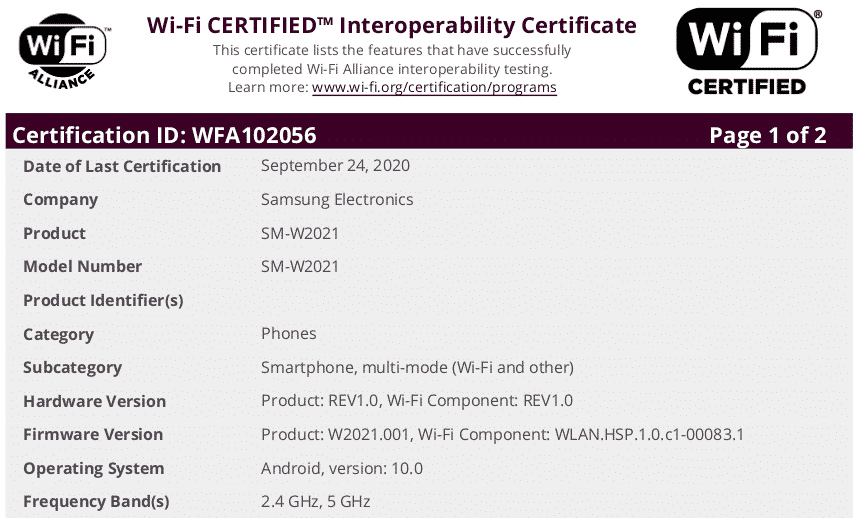 The certificate reveals that the W21 5G runs Android 10 OS and features dual-band Wi-Fi (2.4GHz & 5GHz). Further, the listing reveals firmware version W2021.001, Wi-Fi 6 connectivity, and Wi-Fi Direct feature. As of now, Samsung has not announced any details regarding its upcoming flip phone. While most of the specs of Samsung W21 5G is currently known but we expect more details to surface online in the coming weeks.

The last year’s Samsung W20 5G comes with a 7.30-inch dynamic AMOLED display while the secondary display is a 4.6-inch large of super AMOLED type. It is powered by Snapdragon 865+ chipset paired with 121GB of RAM and 512GB internal storage.