Google Pixel 6A is an exciting smartphone and it was recently launched to much fanfare. Despite being an incredibly popular device, it also has a few issues. Some users are complaining that the device is having a lot of issues with the touch screen.

Even though often the issue could be due to a hardware fault and you might have to take it to a service center to get it fixed, sometimes you can fix it yourself. In this guide, you’ll get to know how you can fix the touch screen issues on your Google Pixel 6a.

How to fix touch screen issues on Google Pixel 6a

Method 1: Reboot your Google Pixel 6a

Generally, the touchscreen might start behaving abnormally due to a technical glitch with the device. Such glitches can go away due to the robust Android 12. In many cases, this issue might stay longer. There’s way you can delete such bugs, but by rebooting your device, the issue might get fixed.

Method 2: Increase the touch sensitivity of your device Google Pixel 6a already comes with a hard screen glass, which doesn’t allow any major or minor scratches on the screen. However, many users like having 3D or 5G glass or tempered glass screen protectors. Such glasses might interrupt the sensitivity of the device touchscreen while causing issues.

It is recommended that you should only use high-quality screen glass protector. In most cases, it’s not actually needed as the screen glass itself is more than enough to protect from day to day scratches.

Google itself has made efforts to fix this issue as the development team has clarified that they’ve fixed the issue and it’ll be available in a future build. Keep an eye out for software updates and install them once they become available. 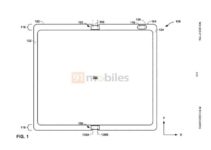