Sony has started rolling out the new software update for Xperia XZ1 and XZ1 Compact, XZ Premium. As usual, the updates are released over the air (OTA) and contain the latest December Security patch.

This Android December security patch fixed some 11 critical vulnerabilities and Common Vulnerabilities in the open-source Android OS. There is nothing interesting in this update as compared to last month major exploits like KRACK and Bluetooth were found, other than this the software running on Sony smartphones are always secure. 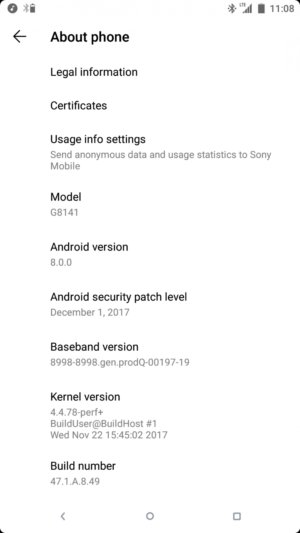 The Xperia XZ1 and XZ1 Compact come with Android Oreo out of the box whereas Xperia XZ Premium recently got Android Oreo update. This December Security patch for Xperia XZ1 and XZ1 Compact, XZ Premium is rolling out via OTA (Over The Air) in phase manner. You can also try manually pulling the firmware by going to the Settings –> About Device  –> Check for Updates and download it manually. If you want to wait for OTA, then it may take few days to reach all corners of the world.