Sprint is among the largest carrier networks in the US and the carrier has been releasing most of the flagship phones on its network either via a contract or selling it from their stores. Sprint has now released the April security patches to the Samsung Galaxy S7 and the S7 Edge on their network. This update comes at a time when Samsung has been releasing updates to all its phones including the flagship phones like the Samsung Galaxy S8 and S8+ and the company is also ruored to be launching the Note 8 soon. Samsung just recently released the red tint issues fix to the Samsung Galaxy S8 and S8+ which mostly rectified the issue.

Now we have reports that the update has been received on the users of Samsung Galaxy S7 and S7 Edge on the Sprint network. This update brings the April security patch to the device but that is not all and the update also contains some bug fixes along with the update. 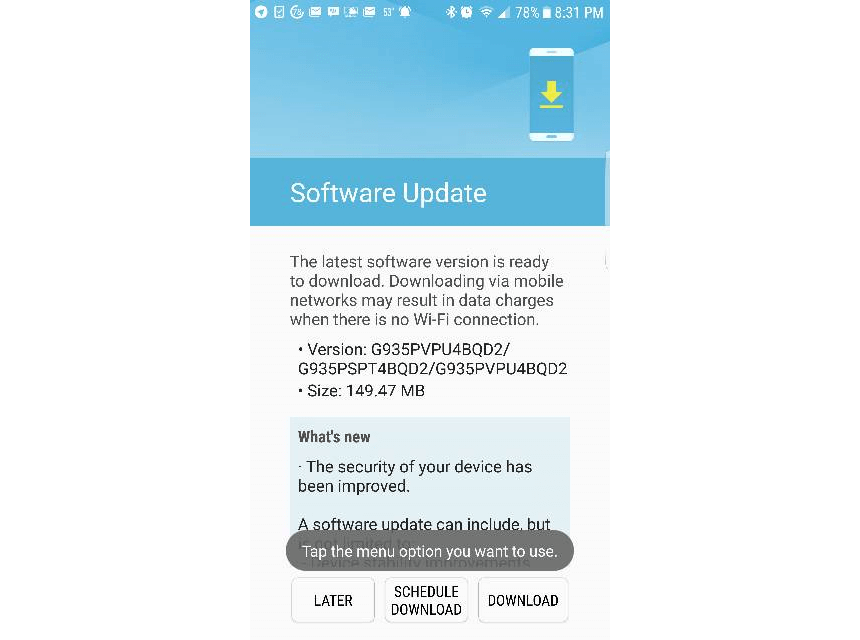 As seen from the earlier updates as well, the update also fixes regular bugs on Galaxy S7 and S7 Edge and enhances system improvements, other than installing the monthly update. The Samsung Galaxy S7 and S7 Edge devcies on the Sprint network have already received the Nougat update in the early part of 2017 which also helps in improving the performance of the device as the newer version of Android has addressed many issues. Keep a look out for the update coming to your devices on the Sprint network and make sure to download and install the update as soon as possible.