The upcoming Tecno KE7 has been spotted on Bluetooth SIG and FCC certifications. Starting with the FCC, it reveals the smartphone design and storage variants. The live images show Tecno KE7 will feature a punch-hole cutout for the selfie camera placed at the top-left corner. 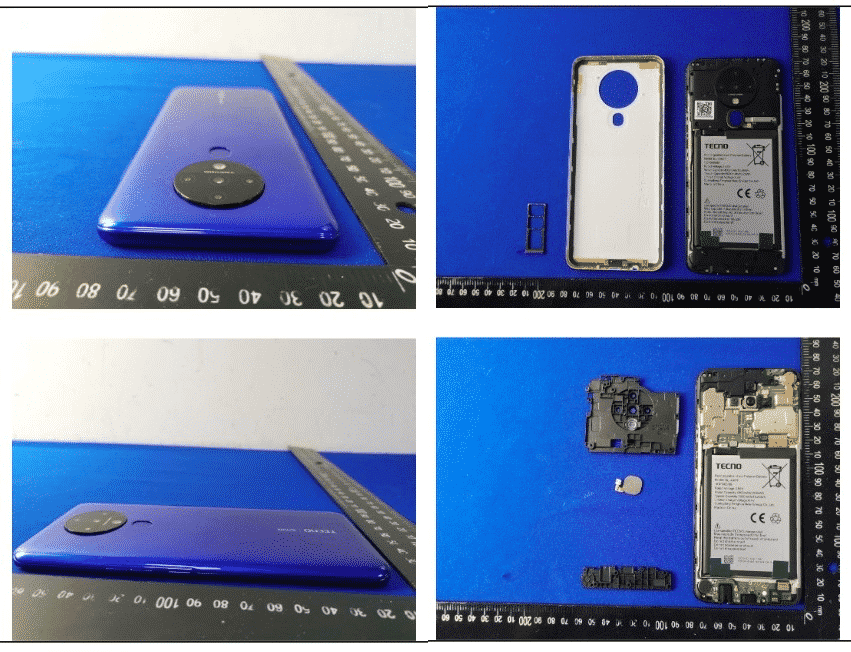 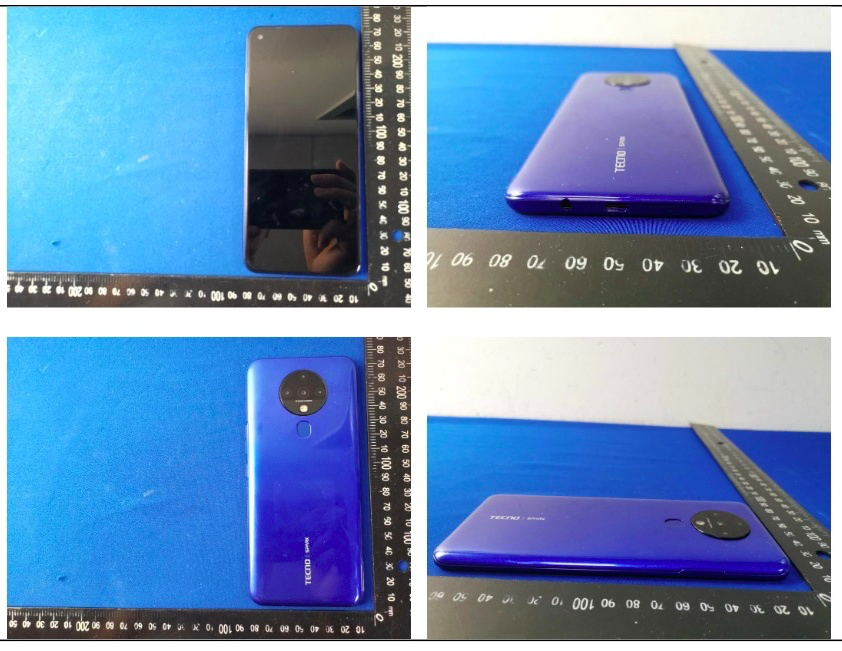 On the back, it has a circular camera module that consists of 4 camera sensors and an LED flash. Down to the cameras, we can see a traditional fingerprint scanner and Tecno branding at the bottom. The FCC certificate shows the device has 4GB RAM and 64GB internal storage, we may see more variants at the launch. 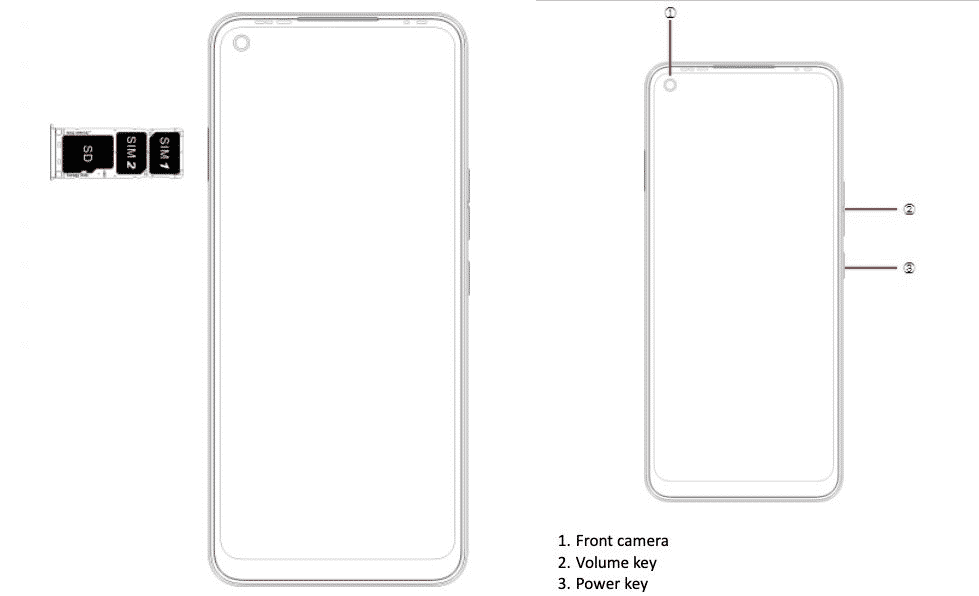 The battery image in FCC listing reveals a 4,900mAh rated capacity and 5,000mAh typical capacity. The adapter has 10W charging speed (outputs 5V at 2A). A 3.5mm headphone jack, and charging port are placed at the bottom. The power button and volume rockers are there on the right side. 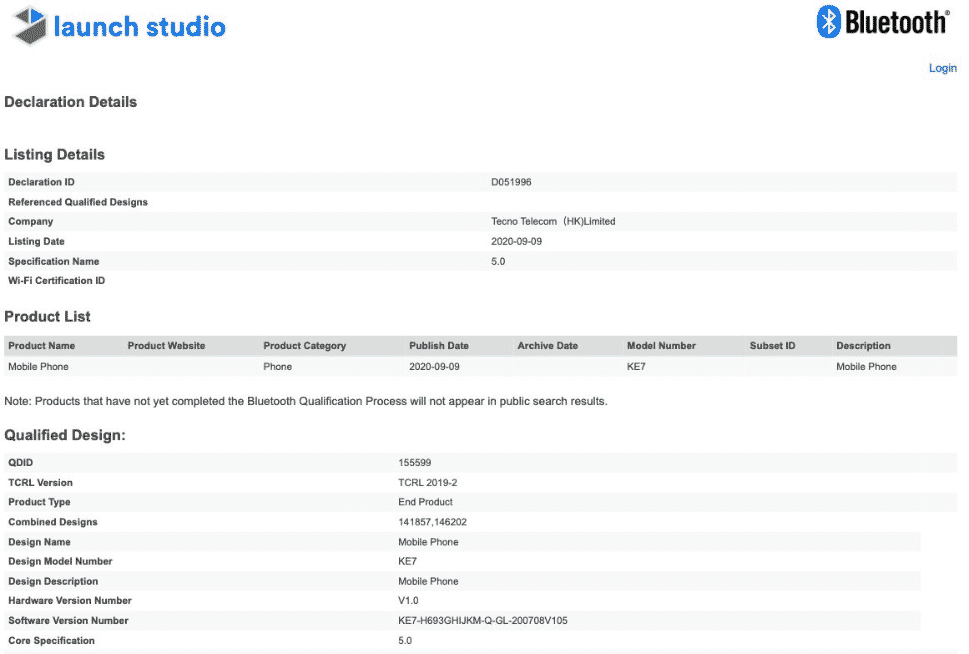 Coming to the Bluetooth SIG certification, it does not reveal much details other than Bluetooth 5.0 standard. Tecno is yet to announce any details about the Tecno KE7 but we expect to get more details soon.