All these ROMs are based On Latest android 6.0 Marshmallow and remember these are the first release of the ROMs, so there will be few bugs.Before downloading and Flashing the ROMs check their Official page.Don’t worry everything will be listed below.

OnePlus One a.k.a The Flagship Killer was released last year by the company OnePlus.This is their First phone.As the name of the phone, it offers all high-end specs with a budget-friendly price tag.The Phone becomes one of the most popular and loved android phone of all time.The Phone is the first phone to run on CyanogenMod straight out of the box.The Phone is now running on OnePlus’s own Skin.

This device is very popular among the developers also, so there are many Android 6.0 Marshmallow ROMs available for the device.Below we are going to share the Ultimate List Of Best Marshmallow ROMs For OnePlus One.

rootmygalaxy.net will not be held responsible for any kind of damage occurred to your OnePlus One (Bacon) while following this tutorial.Do it at your own risk. 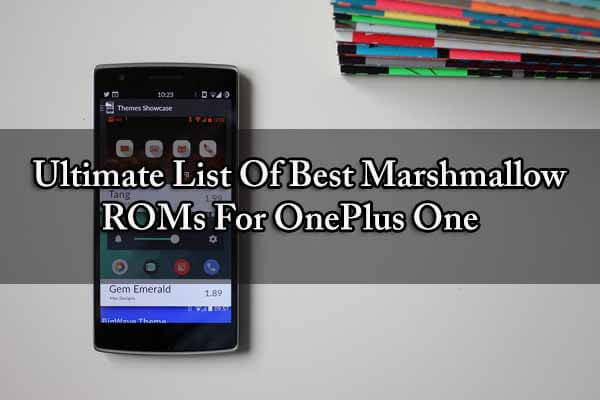 Ultimate List Of Best Marshmallow ROMs For OnePlus One

(This is originally posted on OnePlus Forums by pikota)