Good news for Verizon Samsung Galaxy S6 Edge as the new firmware update has been rolled out via OTA and this update contains January security patch which is the latest one.The version number of this update is G925VVRS4CQA3. This update will reach your region as the update is rolling out region to region.

As I already told you that this update has been already rolled out and will reach you region wise, in case you have rooted Verizon Samsung Galaxy S6 Edge or you have unlocked the bootloader, then you may not receive the update. So either you can unroot your and lock your bootloader to get the update or you can manually download and install the G925VVRS4CQA3  update on your Verizon Samsung Galaxy S6 Edge.

For those who haven’t rooted their Verizon Samsung Galaxy S6 Edge can check for the update by going to their Mobile’s Settings> About Phone> System Update and search for the update if the update is listed then go ahead, download and install it. 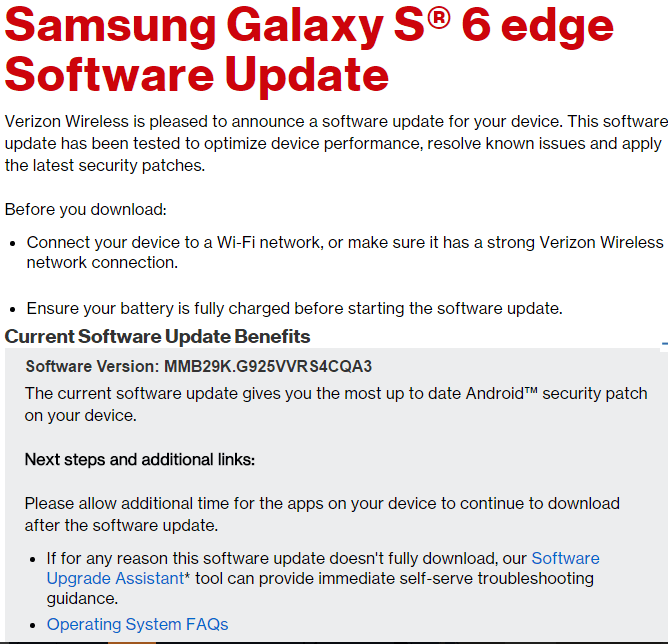 We can expect the Nougat update for Galaxy S6 and S6 edge soon after this update.

You may also like → Galaxy 6 and S6 Edge Nougat users manual is available. OTA to roll out soon