Now, we have known that the Verizon Galaxy S7 and S7 Edge have been receiving security updates as well as regular Android updates from time and time and it is now time for a new update to reach the Samsung Galaxy S7 and S7 Edge devices from Samsung on Verizon network. Talking about the contents of this latest update, we have known that the update brings the latest security patch released by Google which is the December security patch to the year-old devices from Samsung. 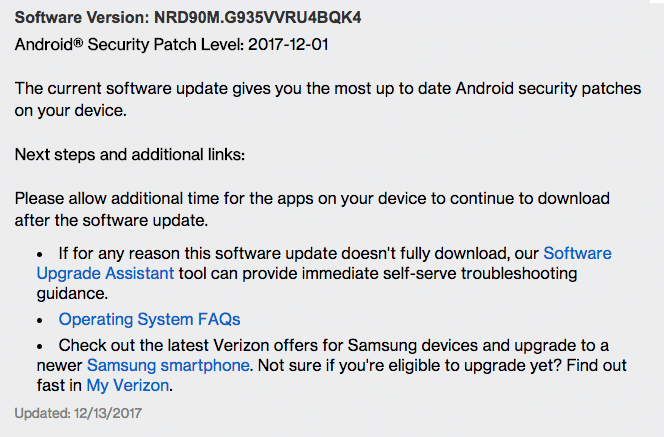