Verizon Moto E5 Play users in the USA have started getting a new update. The American carrier has started rolling out a new update on July 7, 2020. The new update will bump the software version to ODP27.91-167-9-19 This update is rolling out only for the Verizon users.

It is a  very important hotfix update which addresses many bugs present on the previous build, mainly the call filter app issues, such as caller ID info not being shown for missed calls and mobile number being displayed twice for international calls.

The update is being rolled out as an OTA. If you own a Verizon Moto E5 Play, chances are there that you may have already received the update.  You can manually check for the update notification by heading to Settings >>About phone>>System updates. 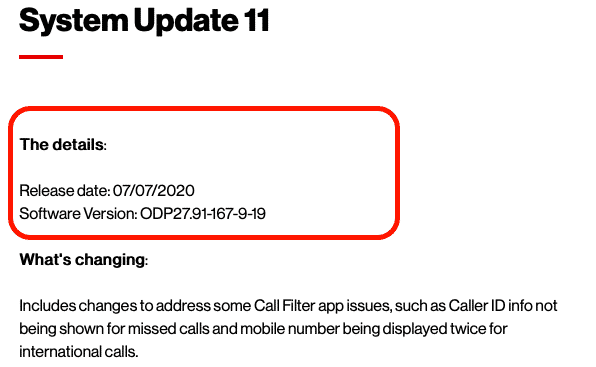