Vivo took to Twitter to confirm the India launch of Vivo V20 Pro 5G. The company has already launched the other two smartphones in the lineup which is V20 and V20 SE. The tweet does not mention any calendar date, instead, it shows a “Coming Soon” tag.

An XDA member, Tushar Mehta, in his tweet claimed that the device will launch in India on December 2. Some past reports believe that the Vivo V20 Pro 5G price in India will start from Rs 29,999. Since the device is already launched in some other markets, therefore we already know the specifications. 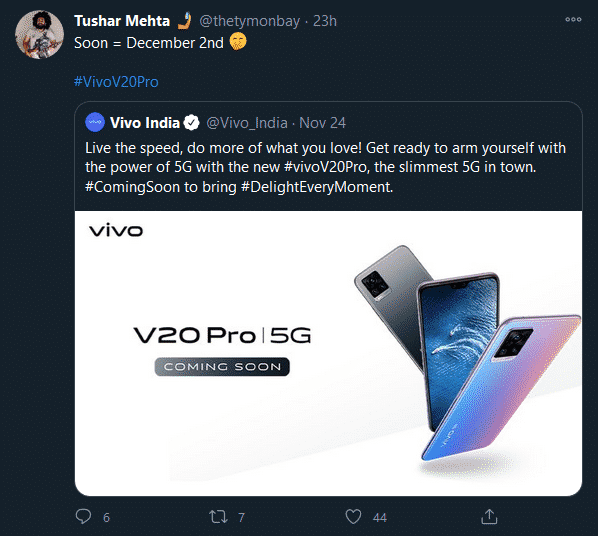 The Vivo V20 Pro sports a 6.44-inch AMOLED display with FullHD+ resolution and a wide notch to house dual selfie cameras. Under the hood, the device is powered by Qualcomm’s Snapdragon 765 5G chipset paired with 8GB RAM and 128GB of internal storage. 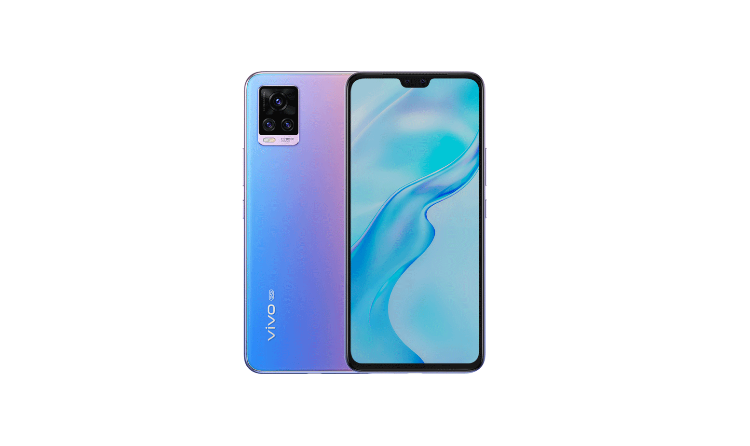 Around the back, the phone equips a triple camera setup which includes a 64MP main sensor, an 8MP ultrawide sensor, and a 2MP mono lens. The wide cutout on the front houses a 44MP primary shooter and an 8MP ultrawide lens. The V20 Pro packs a 4,000mAh battery and supports 33W fast charging. It runs Android 10 OS with Funtouch OS 10 on the top.