Vivo is all set to launch the V20 series in Thailand on September 21. The lineup is expected to include three devices – Vivo V20, V20 SE, and V20 Pro. We have already seen plenty of leaks surrounding the device. Now, a Vivo device bearing model number Vivo 2018 appears on Geekbench speculated to be the Vivo V20 Pro. 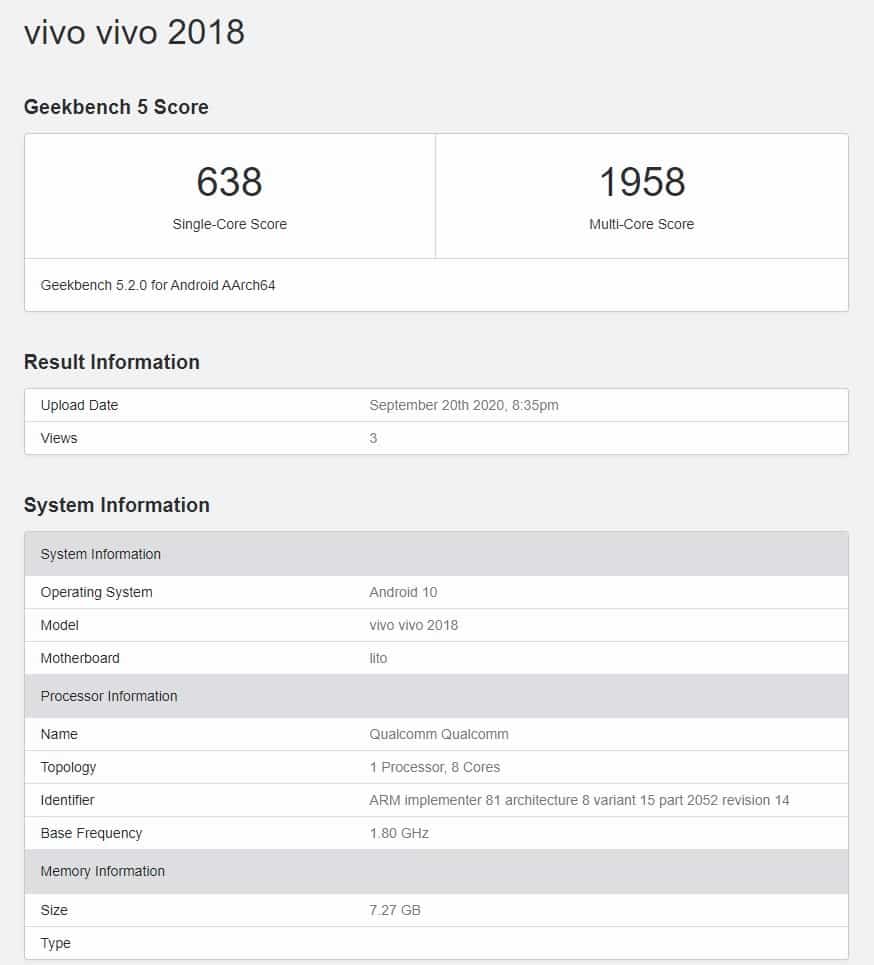 The listing reveals some key specs Such as 8GB RAM, Snapdragon 765G SoC, and Android 10 OS. In the Geekbench tests, vivo 2018 scored 638 points in the single-core test and 1958 points in the multi-core test. 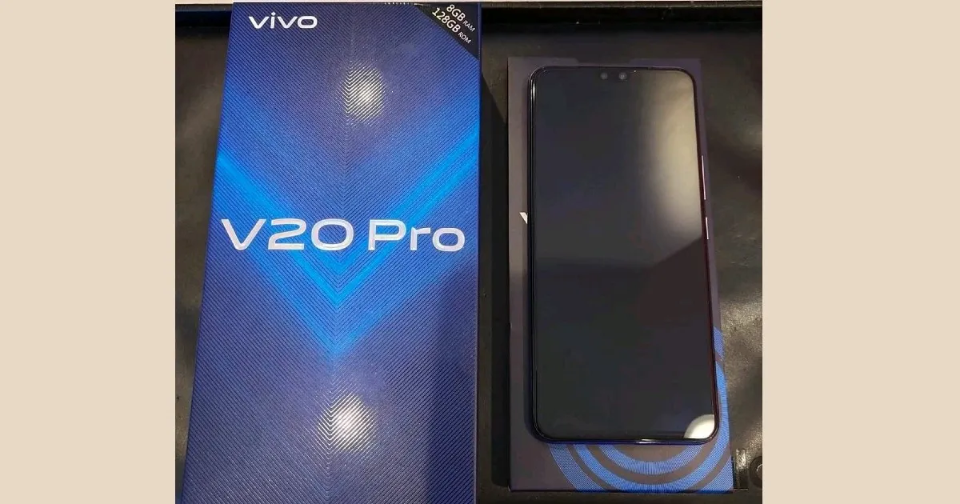 According to past leaks, the V20 Pro will feature a 6.44-inch FullHD+ Super AMOLED display. It will be powered by Snapdragon 765G chipset paired with 8GB of RAM. The handset runs Android 10 with Funtouch OS at the top.