So it is true that we are currently living in an entirely developed world which is completely advanced in technology. Technology has made all our problems disappear just like thin air and there are rarely any issues which can’t be solved through technology. This thing has given us many inventions and gadgets which we have been using daily for a very long time now.

And one of such very important instrument is the smartphone or mobile. Smartphones are basically blessings in disguise for us and have opened a whole new world for us. And as always there are several companies which sell such smartphones in the market. While each one of them has some speciality, the question here is that which one is the best? We earlier had a strong comparison between Xiaomi vs Samsung. Now these manufacturing companies pop up here – Vivo and Xiaomi.

Let us take a look and compare the stats of both – 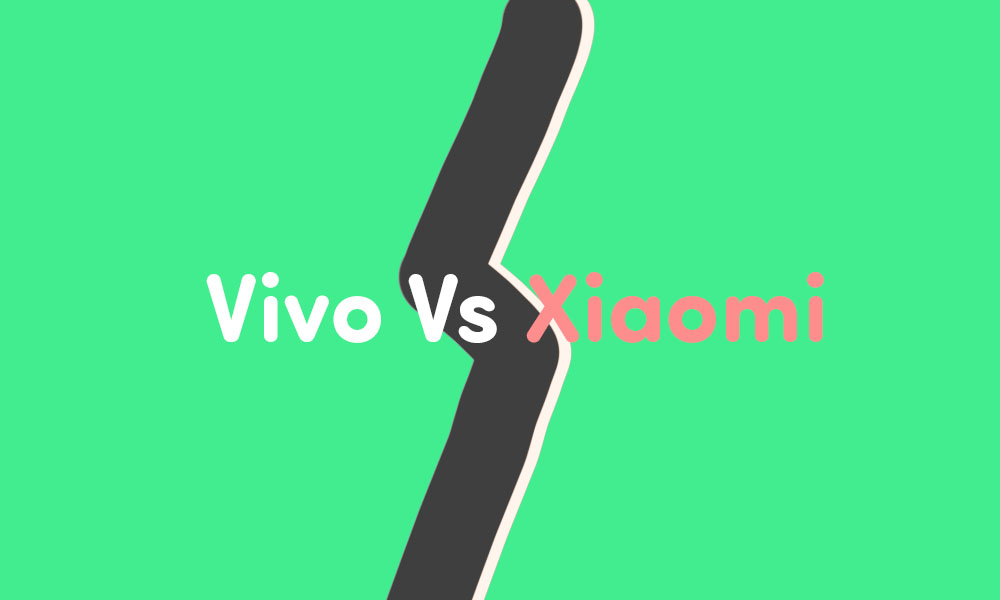 This is the first priority that everyone gives and thus is where both companies give each other a tough competition.

Being a Chinese brand, Xiaomi has put a lot on stake when it comes to pricing. Those who are well aware of the Indian smartphone market know that Xiaomi is famous for providing awesome flagship phones at a very low and affordable price. Coming to the cheapest one, it will cost around ₹6999. And the highest cash range up to somewhat ₹70000. Well everything you see on the pricing depends upon what all the smartphone has to offer.

Vivo is one of the most reliable and oldest smartphone brand operating in India and it has always given a tough competition to its competitors regarding the pricing. The cheapest Vivo smartphone that exists on the market will cost you around ₹7K-8K. And the highest has been reported to be around ₹60000. While it is true that the company has been behind Xiaomi on the basis of the quality of smartphone, it completely charges for what it actually offers! Looking for the best smartphone under 8000 check out this post on reviewsxp.com

This factor is very keenly watched by the buyers when it comes to smartphones.

Since the look factor is very important currently in the smartphone market, Xiaomi has moulded is production according to that. The smartphones offered by Xiaomi will take you to a whole new level of designs and artistic excellence. For example the matte series was made prominent by the Redmi Note series while the Redmi K20 and K20 Pro offered a excellent colour and shine factor. So it will not be wrong to say that Xiaomi has done a tremendous job in combining performance with looks. It has a lot of colour options as well. You can even buy Redmi K20 pro back covers and that simply adds a new charm to your handset.

This is where Vivo fails to surpass Xiaomi. Vivo has always tried to gift its customers amazingly decorated masterpieces. But the customers have always been more satisfied with what Xiaomi has to offer. It is true that even Vivo tried to beat Xiaomi in the shine factor but it failed miserably as the buyers considered Xiaomi a better version.

This is the most important part that you should check out before buying a smartphone.

As I told, Xiaomi is a Chinese brand and has always tried to provide the best components in its products. And to a great extent it has done so. Coming to the processor, Xiaomi mainly offers the Octa Core version. And for a long time it focused on including Qualcomm Snapdragon as the chipset. But with the launch of Redmi Note 8 Pro, it brought the MediaTek’s Helio G90T and it was a mega success!

Now since gaming is in the peak in the current market, each and every smartphone company has also started producing the smartphones best for gaming. And to be honest besides all the core gaming smartphone companies, Xiaomi is the only one – for me – which has been able to manufacture good gaming phone. And this is all about the Black Shark Series! And in each and every phone the company has tried to provide the best battery backup possible.

Well Vivo has no doubt produced some good smartphones till date. Be it the flagship phones or the low budget series or the higher ones, Vivo has always tried to impress the buyers. And it has been able to do so but not to the extent as Xiaomi. Vivo has always preferred its own chipset mainly, which is the FunTouch OS. But it has also included the Snapdragon on the side. And with the Y70s, it has set a record to be the first smartphone brand to have used the recent launched, all powerful Exynos 880 processor from Samsung.

But coming to the gaming sector, Vivo has yet again failed to impress like Xiaomi. I am not telling that the Vivo smartphones are bad in gaming, but yeah they are not as impressive as Xiaomi. But still there are some high budget ones that can offer a good gaming experience. The battery backup offered by Vivo is great as well!

After watching all these points closely, it will be a bit tough to come to the conclusion about which is the best. But yeah it depends completely upon your choice, what you think, what you decide and what you prefer! But for me it’s Xiaomi. Adios!