Over the past few years, smartphone gaming has advanced to levels we never thought possible. It was only a short time ago that we played Snake, and now, we can enjoy titles like Fortnite or Call of Duty on our devices.

Smartphones are now making gaming a focus, with developers designing phones to be the best portable gaming device you have. From bingo rooms to the most advanced FPS games, here are some of the next big gaming features we will see on smartphones. One of the most obvious features we will be seeing is phones coming with much bigger storage options. Nowadays, 16GB or 32GB storage options just don’t cut it anymore, especially with the types of games being released.

More and more phones will be released with much more storage, and it won’t be long until we see devices that come with 1TB or 2TB of storage as standard.

One of the most significant advancements in gaming is the creation of Cloud gaming. In short, you can think of it as Netflix for gaming. You are able to connect to the internet and then stream a full game to your connected device.

While this isn’t a smartphone feature per se, it does mean that what we can play on our phones is going to change. You won’t be restricted to mobile-friendly games, but all games from Warzone to Assassin’s Creed.

Virtual reality and augmented reality are two sectors seeing a ton of growth. Pokemon Go set the standard for what AR could be, with the Oculus being the go-to for your virtual reality needs. The metaverse is also set to add a new layer to the virtual reality experience.

More and more developers are now seeing how far they can take the technology when combined with smartphones. Bigger and better VR and AR experiences will be possible as phones become more advanced. In the future, we are set to see more developers creating bigger and better accessories for smartphones. While controllers have been done, we could see the introduction of keyboards and mice for smartphones.

One problem that has plagued mobile gaming is that players often can’t play against PC and console players. There are only a few games that have cross-play, Fortnite being the most famous of the lot.

With developers creating bigger and better games, cross-platform is going to become a standard feature. Combine this with more third-party accessories, and mobile gamers will be able to compete against PC and console players at the highest level.

Another aspect where mobile gaming lacks is in the graphics department. Due to size constraints, phones haven’t been able to have the same graphic capabilities as PC monitors and TV screens.

Developers are now putting more focus on creating screens and devices that have some of the best graphics you have ever seen. Considering some phones are trying to compete with tablets and even laptops, world-class graphics are a must. Streaming has become the norm for many gamers over the past few years. Whether they watch streams regularly or stream themselves, the one problem is that phones don’t have the same capabilities needed to stream.

Smartphones that have the tools and software needed to stream are sure to become common in the coming years, allowing people to stream near to or possibly at the same level as those with streaming PCs and consoles. This would be a huge benefit to mobile players and those who don’t have the budget for a full streaming and gaming PC.

These devices will have a huge amount of storage space, tons of RAM, incredible graphics, long-lasting batteries, and the potential to attach controllers and headsets. 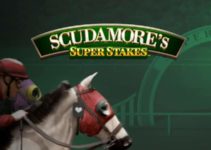