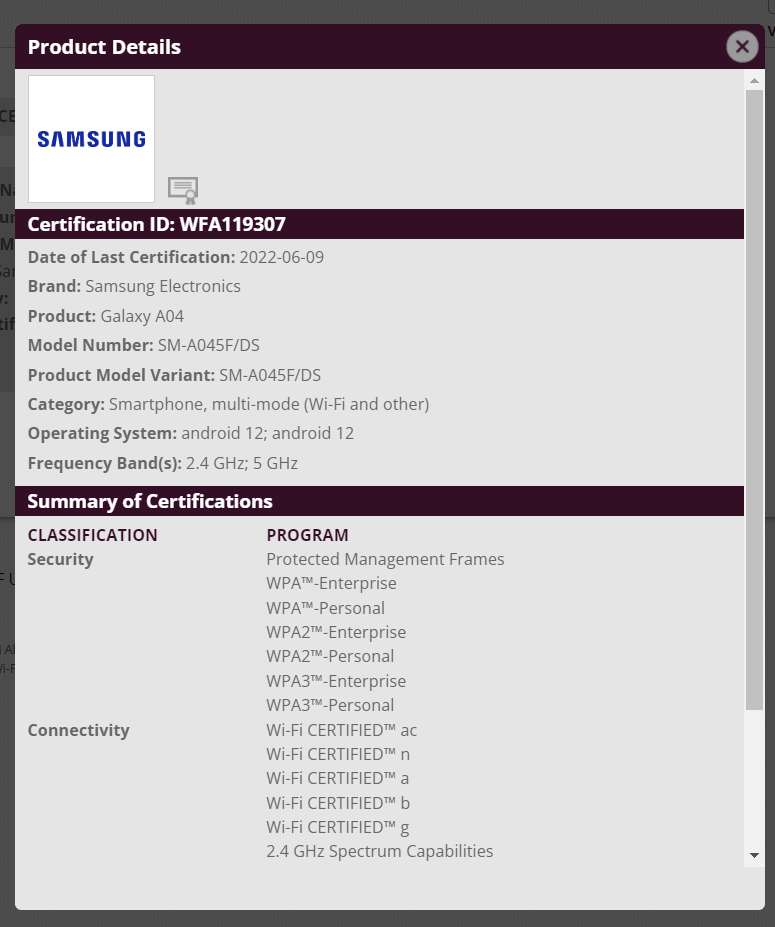 The device has been designed for maximum flexibility with the addition of 2.4GHz and 5GHz dual-band Wi-Fi. This is a dual-SIM phone, as indicated by the model number beginning with DS. In addition to these, the site does not divulge anything about the device.