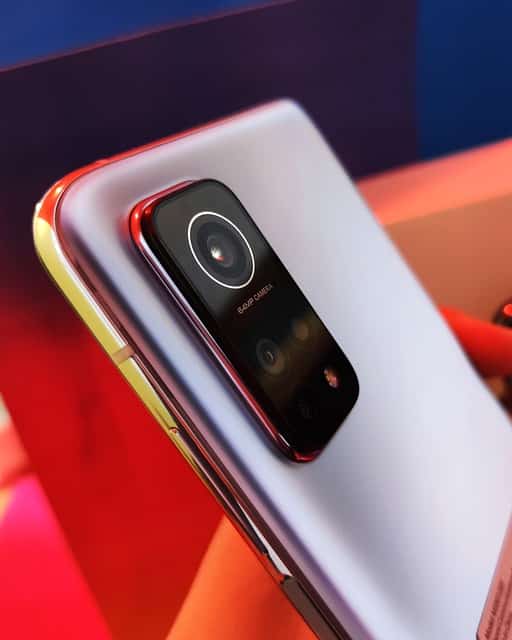 The release of the eagerly anticipated Xiaomi Mix Fold 2 is getting closer by the day, and new leaks are getting people more and more excited for its eventual debut. While the first-gen version of this phone, the Mi Mix Fold, didn’t set the world on fire, people are expecting big things from the Mix Fold 2 as Xiaomi can learn from the mistakes of their first release. The current stated release for the product is June 2022 and will start off as a Chinese exclusive, so it’s anyone’s guess as to when it will be released in the West so we can get our hands on one! Let’s look at why this new phone is the talk of tech-town.

The biggest leak in the build-up to this phone’s release so far has been one found in the Mi code, spotted by an eagle-eyed observer, and lends a lot of credence to the suggestion that it’s true. While all current foldable phones fold across a 180-degree axis, there are rumors to suggest that the Mix Fold 2 will be able to completely fold back on itself – similar to convertible notebooks. This would be a game-changer for people who are looking to work on the go entirely from their phones and would eliminate the need to carry around a laptop.

As this leak seems to have been found within an official source, we can safely assume that this is very likely the direction that Xiaomi is taking with the Mix Fold 2. Given Xiaomi’s propensity for radical phone designs in the past with the Mi Mix and the Mi Mix Alpha, it’s no surprise that they’re taking such a bold step forward with this phone. It’s said that they will be using Ultra Thin Glass (UTG) for the first time ever in one of their phones with the Mix Fold 2 and it could be the use of this glass, along with an improved hinge from the original Mi Mix Fold, that allows it to make such a radical design.

There hasn’t been a whole lot in terms of technical information released about the product with a lot of it coming from unconfirmed sources. However, if those sources are to be believed it’s anticipated that the Mi Mix Fold 2 will have an 8.1″ display with 2K resolution and a 120Hz refresh rate. This amazing screen is perfect for gaming, whether you want to play the latest releases from the app store or try your hand at online casino gaming. There is a wide range of online casinos that are accessible from your phone these days, all with fun online slots that feature amazing animations that would run so smoothly on the Mi Mix Fold 2. The best operators even offer welcome bonuses for their new customers, which will help your money go even further. Sites like VegasSlotsOnline host a large variety of online slots with various themes that you can enjoy for free, so you’ll be sure to find your favorite there. With a display as good as the one anticipated on the Mi Mix Fold 2, you’ll have an immersive gaming experience no matter what you play.

While there has been no official or unofficial communication about the inner workings of the device aside from its display, we can assume based on similar models that the Mi Mix Fold 2 will be powered by the Qualcomm Snapdragon 8 Gen 1 processor and will have a substantial amount of RAM. As this is an upgrade from the original Mi Mix Fold, we can also expect it to have a higher capacity battery as well as fast charging support. There is even talk about wireless charging being introduced for this model but none of those claims have been substantiated so far. All Xiaomi phones run with an Android operating system, though some people prefer to replace the default version with the Lineage OS which is an open-source Android OS. Other Xiaomi phones have been capable of installing this software – here at RootMyGalaxy we’ve published guides on how to do that for previous models – so it’s anticipated that the Mi Mix Fold 2 will have the same capability.

Hopefully, we only have to wait a couple of months to see this hotly anticipated phone released – even if it is in China. While we may have to wait a bit longer to get our hands on one, just knowing whether or not they’ve managed to pull off the 360-degree foldable screen will be enough satisfaction!