The Chinese tech brand Xiaomi has recently released a poster image that includes a router image (if you can see) with a couple of antennas. Now, it’s expected that Xiaomi Wi-Fi 6 Router is coming and it will launch in China on February 13, 2020. The device model name would be AX3600 and can be used as an IoT device.

The Wi-Fi 6 term is clearly mentioned in the image which indicates a powerful router. However, in terms of the price, the router can be expensive as of now. No doubt, the Wi-Fi 6 will be the next-gen router and offer a major speed boost and stability than its predecessors. According to The Verge, Wi-Fi 5 has a maximum speed of 3.5Gbps. While the Wi-Fi 6 will provide you the highest speed of up to 9.6Gbps (approximately).

However, if you use a Wi-Fi 6 router then you will require a Wi-Fi 6 compatible broadband connectivity as well. Otherwise, you will feel the bottleneck while using the internet connectivity or you can’t experience the speed difference. The Wi-Fi 6 generation is the latest version of the Wi-Fi (Wireless Fidelity) technology and it’s also known as AX WiFi or Wi-Fi 802.11ax. It also consumes less power and has a wider range for multiple connections at the same time. 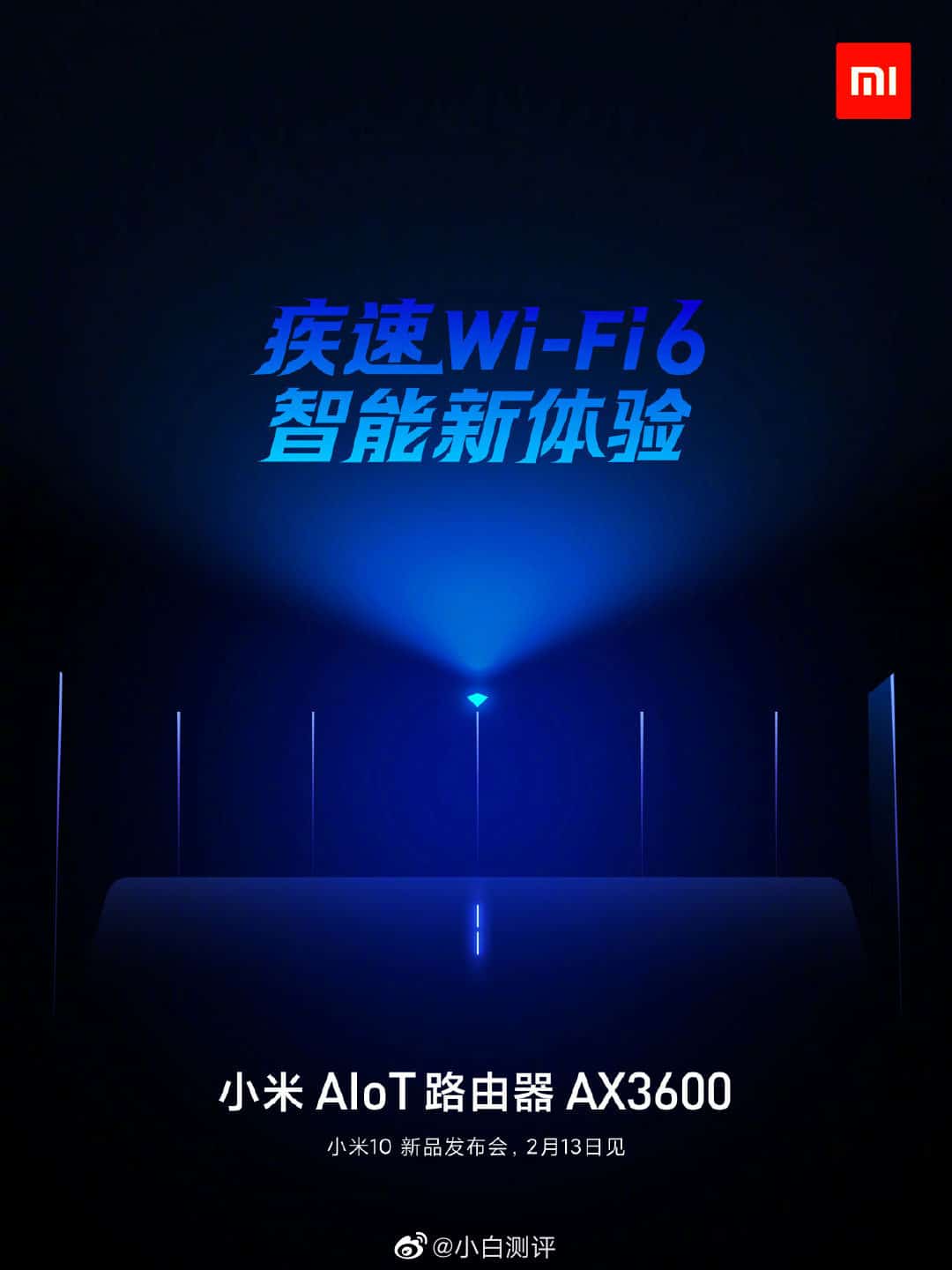 Now, we have to wait whether the Xiaomi Wi-Fi 6 router will gonna release in other countries or not and what will be the price segment. Still, we can assume that Xiaomi will put an aggressive price tag for this IoT device as well. Till then, keep visiting this blog for more info.