Updated On October 14, 2017 – Xposed For Nougat is now officially available.Current Status of Xposed Framework for Android 7.1.1 Nougat: Looking for Xposed For Android 7.0/7.1.1 Nougat? First The Xposed Framework is a way to make system-level changes to your Android devices without installing a custom ROM.If your device is rooted then you can almost change anything on your device.It’s like having all the cool features of a customROM on the stock android.In simple words, you can MOD your device without any third party ROM.

This is really a sad news but don’t worry developers are working on this project and here you will be able to get the development status of Xposed Framework for Android 7.1.1 Nougat

We have already done a post before Developement Status of Xposed For Android 7.0 Nougat and this post is an updated version of that post.Here we will add all the latest developments taking place. 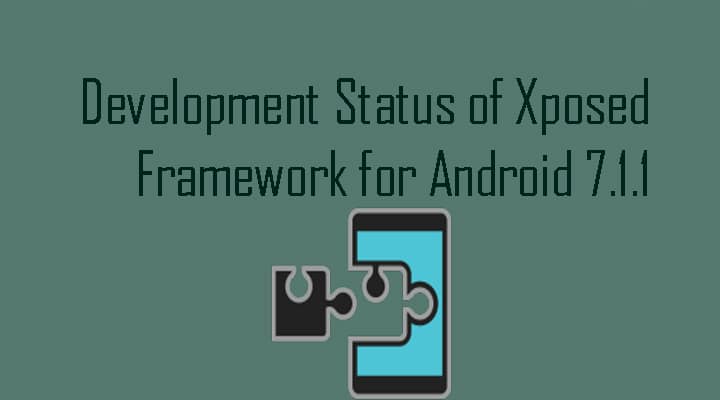 One of the developer Ibuprophen, who is currently working on Xposed Project for Android 7.0 and 7.1.1 has given this statement and also he said that he tested the Xposed framework build on his own android device running android Nougat. Xposed framework worked fine on his device. Here is the full statement was given by Ibuprophen

I additionally had simply created a check flash for putting in the BusyBox Stericson 1.25.1 Binary that appears find it irresistible is functioning with marshmallow and nougat ROM’s. It conjointly appears like the Symlink is functioning too.
I had worked on this as a result of the errors i used to be receiving after I was trying to flash the BusyBox Binary flash file when the November marshmallow and nougat Security Patches were enforced (as everybody is aware of of the mess it conjointly created for others just like the Framework Rovo89 had to address).
I do have a check one I’ve finally finished and it looks to achieve success on my finish with the marshmallow and nougat i tested on in my device and may work on most of (but, might not on all) devices.
I do attempt to produce a thread shortly for testing and, hopefully, full unleash.

So, this was the statement which was given by developer Ibuprophen. From this statement, we can say that Xposed Framework will be out globally for all device running android Nougat in the end of February or in starting of March. It’s very nice to see that developers are still working on Xposed Framework project and it will be very out soon for all Nougat device.

How To Install Xposed Framework on Android 10 {EdXposed}

How To Install Xposed Framework On MIUI 9

6 thoughts on “Current Status of Xposed Framework for Android 7.1.1 Nougat”