ZTE is all set to create history by launching the world’s first under-screen camera smartphone. The ZTE Axon 20 5G will go official on September 1. As the launch is approaching near, the company starts to reveal features. Now, it has confirmed that the ZTE Axon 20 5G uses third-generation in-display camera technology. Reportedly, this was confirmed by a ZTE’s executive Lv Qianhao in response to a question on Weibo.

As per the latest news released by ZTE, the under-screen camera area occupies only 2/1000 of the entire screen, which is less than a square inch. Further, the company adds, “In a small space, both photos and displays are realized. Our engineers researched day and night and finally presented a complete solution.”

The company also said, “You may not imagine the difficulty of making ZTE AXON 20 5G. The first step is to overcome screen material”. The screen of Axon 20 5G is divided into seven layers – front glass, polarizer, encapsulation glass, Cathode, OLED, array, and substrate glass.

The most important layers use ultra-high-transmittance micron-level new materials, and the film structure has been anti-reflective treatment maximizing the transparency of the screen and suppresses optical diffraction at the same time. ZTE said that the technology is ready for mass production and will be available in the market in 2021. 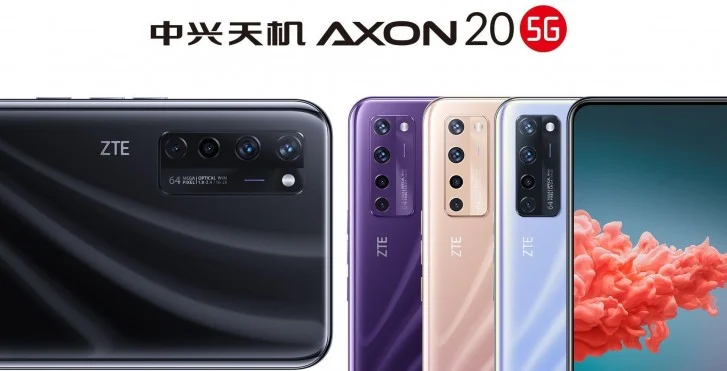 Let’s have a quick look at the leaked specifications of the ZTE Axon 20 5G. It is said to feature a 6.92-inch OLED display without a notch. TENAA listing shows the device has 32MP selfie camera and 64MP quad rear camera setup on the back. The chipset is likely to be Snapdragon 765G with up to 12GB of RAM. A recently leaked image showed that the phone will be available in Black, Purple, Blue, and Gold colour option.