The listing has revealed some of the key specifications of the device. According to the Google Play Console, the ZTE Blade A3v has a screen with HD+ (720X1440) resolution. The screen size has not been mentioned on the listing. 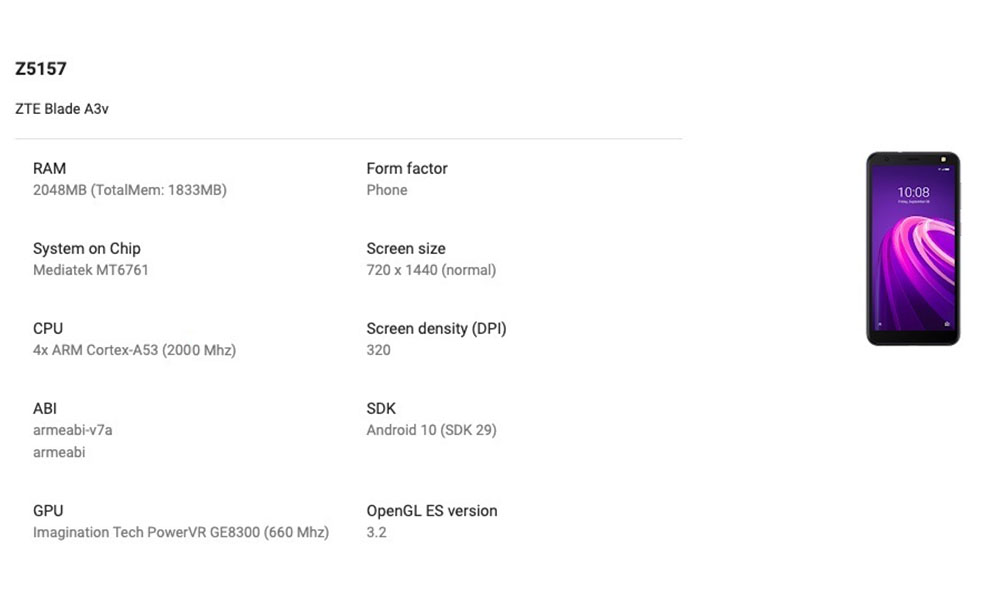 The device will be driven by a Quad-Core MediaTek MT6761 ( Helio A22) SoC coupled with 2GB of RAM. The device will come running Android 10 out of the box.

The listing has confirmed that the device’s launch is just around the corner and in the coming days, we can expect to get some official update regarding the device from the company.