ZTE is gearing up to launch a new 5G smartphone dubbed ZTE Blade X1 5G. The device has now passed the Global Certification Forum (GCF) which hints that it might launch in the near future. The Blade X1 5G appeared on GCF certification with model number Z6750M. 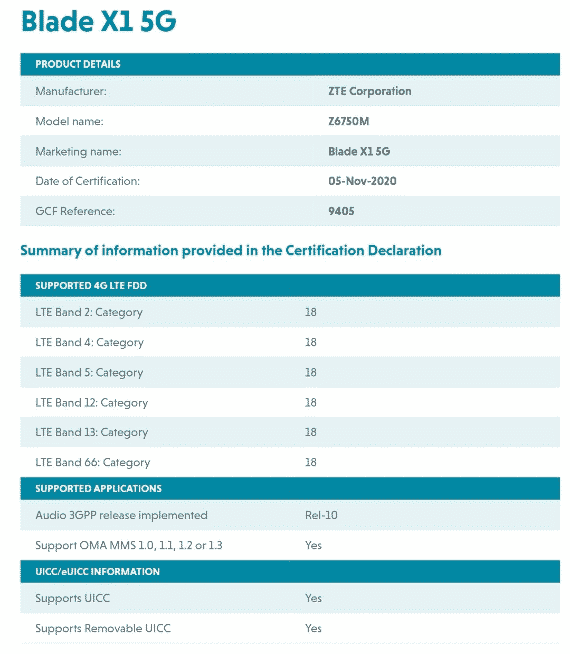 Previously, the ZTE Z6750M was spotted on the Wi-Fi Alliance certification. The listing revealed that the phone runs Android 10 out of the box. It will feature 2GHz/5GHz dual-band Wi-Fi and Wi-Fi a/b/g/n/ac technology.

The Blade X1 5G will be a successor to Blade X which was launched back in October 2017. The ZTE Blade X has a budget set of specifications but Blade X1 is expected to belong to the mid-range smartphone. The company is yet to reveal the launch date or any specification of the ZTE Blade X1 5G. That’s all for now but we’ll back with more details soon.