Now the Snapdragon variant of the device has been spotted on the Google play console. The console listing has revealed some of the key specifications of the device which are very identical to its Exynos variant.

According to the Google Play Console, the device will be driven by the latest Snapdragon 765G SoC which supports 5G network coupled with Adreno 620 GPU. The device will have 6G of RAM. 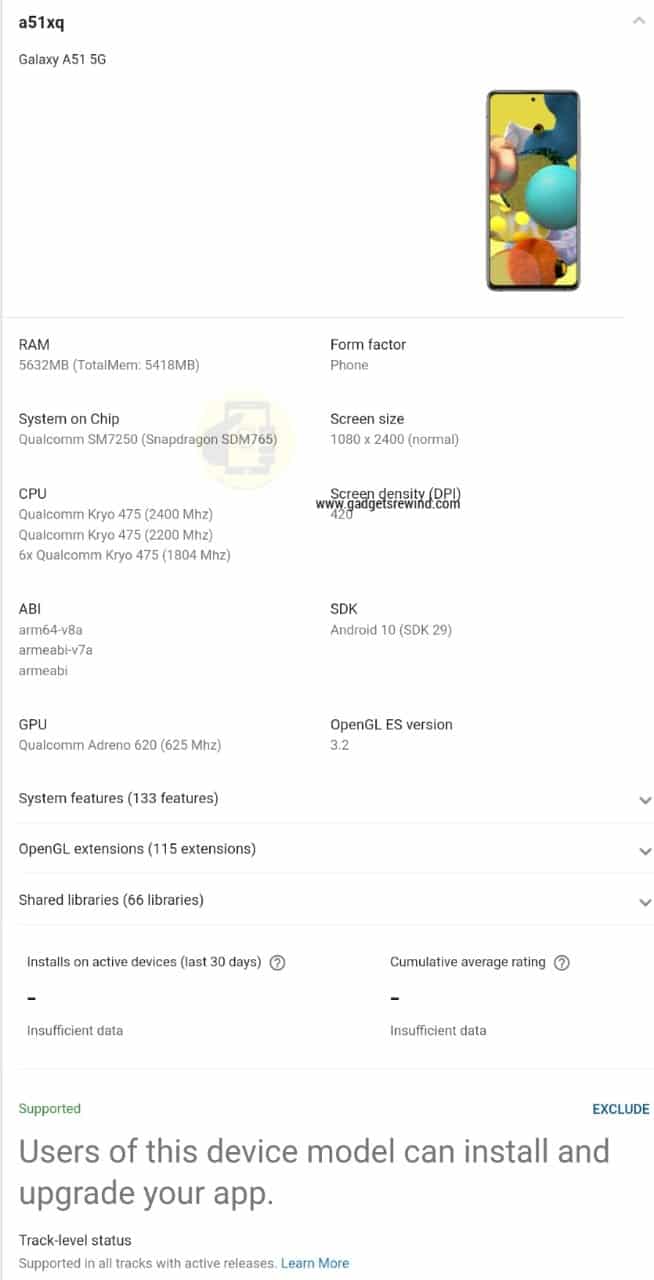 The listing also revealed that the device will have a screen resolution of 1080 x 2400 pixels and as the Exynos variant has a 6.5 inches super AMOLED screen we can expect the same screen size from the device. The device will come running Samsung’s One UI 2 based on Android 10 mobile OS.

So what are your thoughts about this device, do let us know in the comment section down below.