Samsung has been updating all of its phones to the March as well as the April security update which has been released by Google. Google has recently seeded the April security patch to all the Pixel as well as Nexus devices and Samsung has recently updated the flagship line of the company with the March security update. Now is the time for one of the U.S carriers to release the update to its phones. This phone is none other than the Galaxy S6 active which is a rugged and durable version of the original S6. This phone has been exclusively to the U.S carrier and is sold exclusively by them.

This update is arriving as build number G890AUCS6CPK8, the update not only brings the monthly security patch to Galaxy S6 Active on AT&T but also fixes regular bugs and tags along system enhancements. The file size is 97MB. 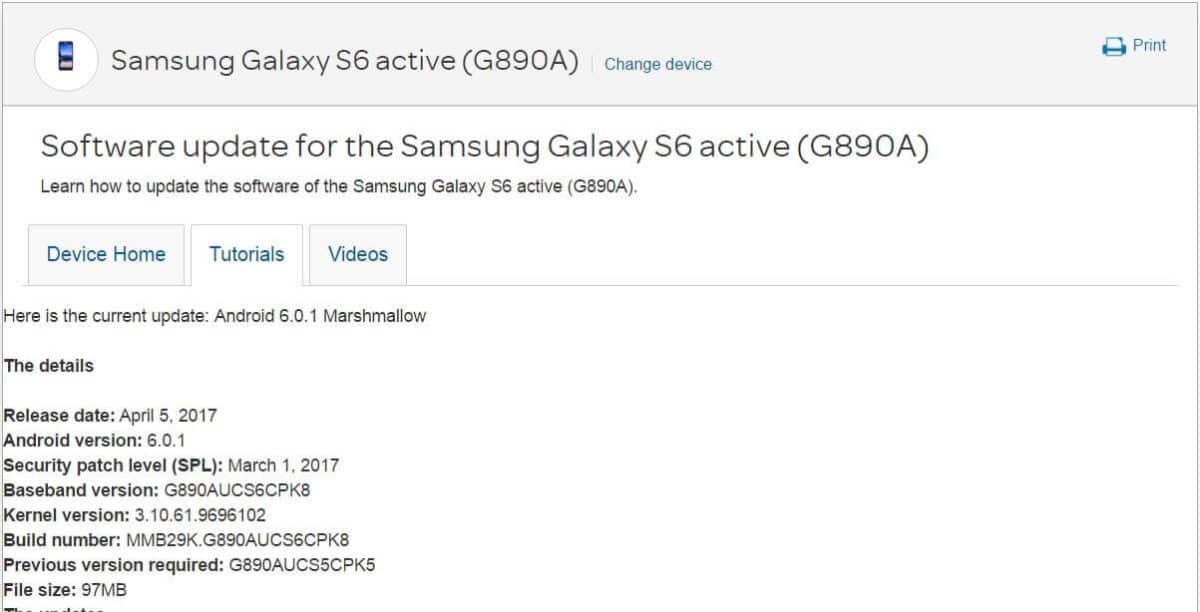 The OTA update has been sent to the phones region-wise so it may take a while to reach your device. But if waiting is not feasible for you, you can check for it manually by heading to Settings > About device > System updates. Before going for the update ensure that your device is connected to a WiFi network and is at least 50 percent charged. Also make sure that the internet connection is stable enough so that the download process cannot be interrupted otherwise the OTA can be downloaded in parts and the update process will be interrupted and it can have some troubles in updating the phone.