One of the world’s leading global technology market analyst firm, Canalys just released its Global smartwatch share report of Q1, 2020. According to the report, the global smartwatch shipments in Q1 stands at 14.3 million units, up 12% year-on-year.

Apple remained at the top. Huawei took the second position from Samsung. The report revealed that Apple shipped 5.2 million units, accounting for 36.3% of the total market share but down 13% year-on-year.

Huawei with 2.1 million shipments ranked second. The company saw an incredible increase of 113% year-on-year. Huawei’s share was 14.9% of the total smartwatch shipments in Q1, 2020.

Samsung managed to get the third spot with 1.8 million shipments, accounting for 12.4%. Samsung too saw an upward trend. The shipments were up 46% year-on-year. Garmin and Fitbit ranked fourth and fifth respectively. 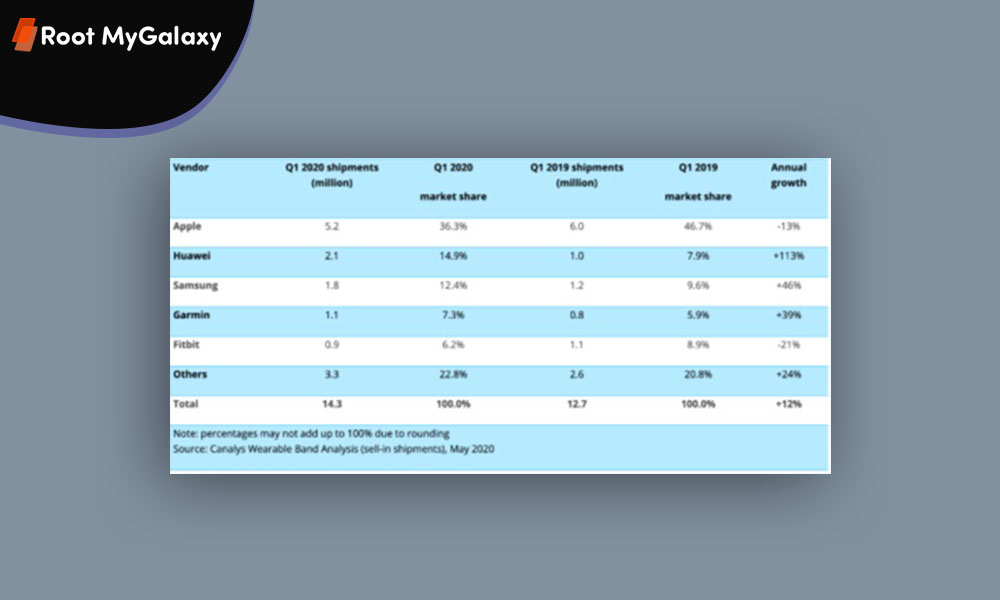