Guide: Enable 720p Slow Motion Recording in On OnePlus 3/3T running OxygenOS (Google Camera).Playing a video in Google Camera in slow motion (Slow Mo) was something which could only be experienced by iPhone users as that feature wasn’t there in Android phones. Well, not anymore as the latest updates of Google Camera for Android 7.1.1 will make it possible for OnePlus 3/3T users to play a video in Slow motion mode.

After checking, the sound was really as good as usual when played in normal speed but it was respectively worse off, when played in slow motion. This should always be expected as it is really tough to get it perfect. Anyways, a slightly poor sounds quality is still much better than slow motion without any sound.

After reading such news, I’m sure OnePlus 3/3T users will be licking their lips and wanting to enjoy this feature quickly. So without much waiting, let’s get on to the important part of this guide on how to How to Enable 720p Slow Motion Recording in On OnePlus 3/3T running OxygenOS (Google Camera).We want to thank AcmE85, Senior Member over Xda for sharing the guide. 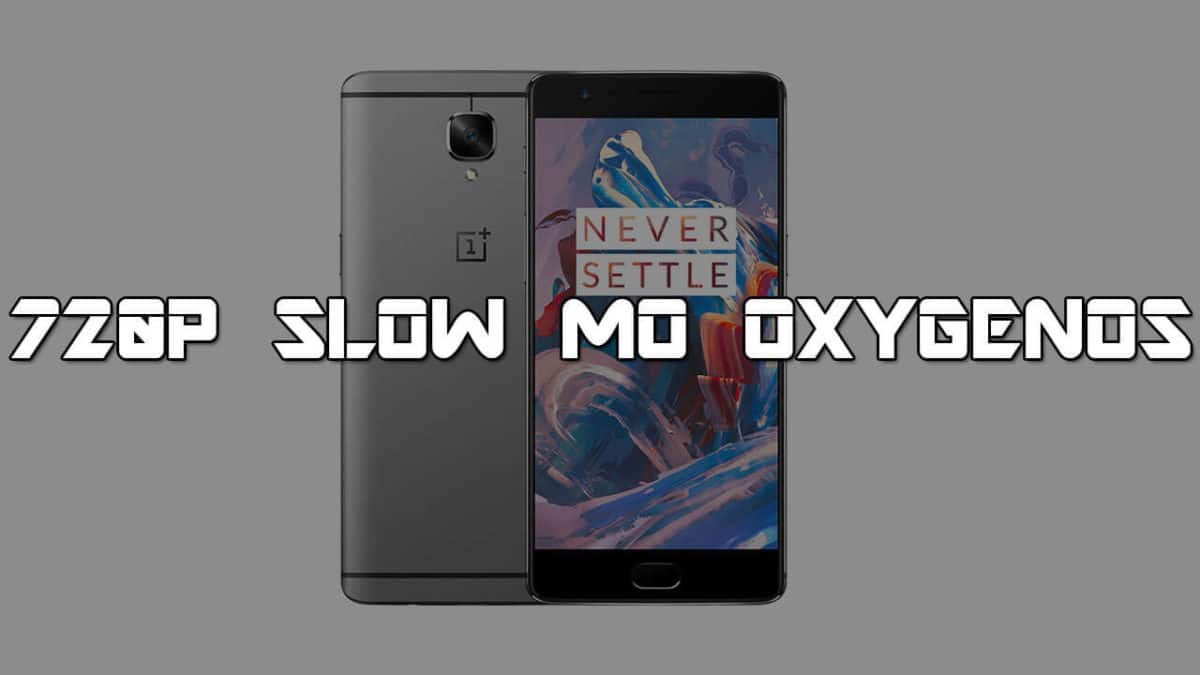