Another budget Samsung Galaxy device with model number SM-M013F/DS has been spotted on the Wi-Fi Alliance website. The device is said to be the upcoming Samsung Galaxy M01 Core.

Interestingly Samsung recently launched the Galaxy M01 (SM-M015F) and now another similar device is under making. Samsung Galaxy M01 Core is tipped to be the successor of the current Galaxy M01.

The Wi-Fi Alliance certification reveals that the device will support both 2.4GHz and 5GHz WiFi bands and will be running Android 10 out of the box (One UI). As of now, this is the only information we have about the device. 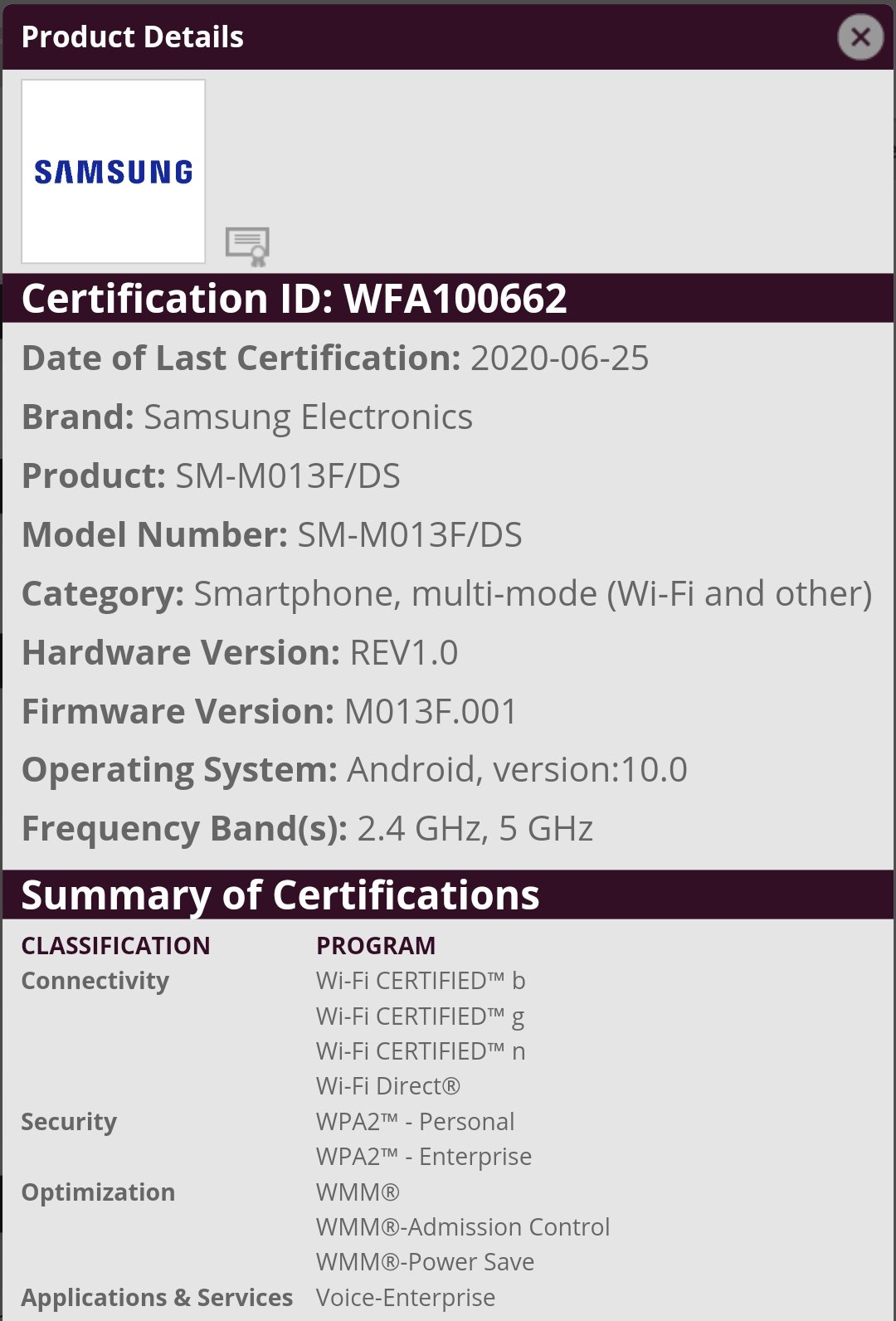 Galaxy M01 has a 5.7-inch display. Powering the device is a Snapdragon 439 SoC coupled with  3GB RAM and 32GB internal storage with expandable memory card slot. The device has dual (13MP and 2MP) rear cameras and a 5MP front camera sensor. The Galaxy M01 houses a 4000 mAh battery. As the Galaxy M01 Core is expected to be an upgraded version of Galaxy M01, we will get similar specification on the device.