Samsung is known for launching multiple mid-range devices in a year. Earlier this month they released Galaxy M01 and now there are rumours that they already have been planning for an upgraded version of the device -Galaxy M01s.

Now, these claims seem true as the Samsung Galaxy M01s with model number SM-M017F/DS has been spotted on India’s BIS certification website.

Sadly the BIS listing has not revealed any specification details of the device but just like all the previous S models in the mid-range segment, we may see slight upgrading from the Galaxy M01. 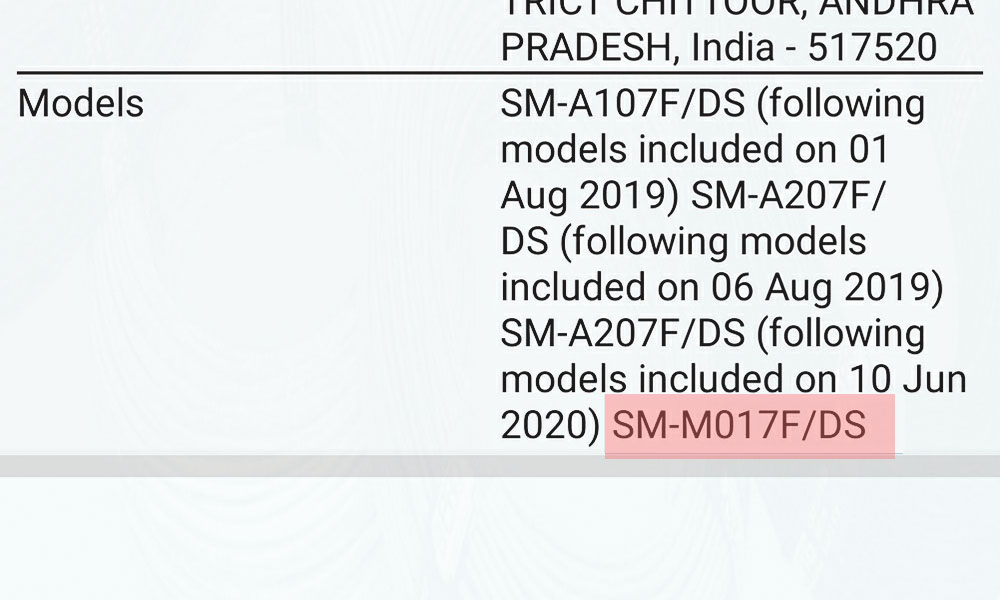 On its rear, there is a dual-camera setup which is consists of 13 megapixels main camera and a 2 megapixels depth sensor. On the front end, the device has a 5MP selfie camera resides inside the dewdrop-notch. The device houses a 4,000mAh non-removable battery.