Honor is all set for the launch of its upcoming Honor X10 Max in China which is slated for tomorrow. We already know some of the key specs of the device as it has already been benchmarked on Geekbench.

Now there is an image surfing the internet which is allegedly Honor X10 Max. The real-life image of the device has also reaffirmed some specifications of the device.

As per the latest leaked image, the Honor X10 Max will have a 7.09-inch waterdrop notch display with 2280*1080 Pixels screen resolution. It can be clearly seen on the leaked image that the device supports P3 movie-level colour gamut, 780nits brightness, and HDR10 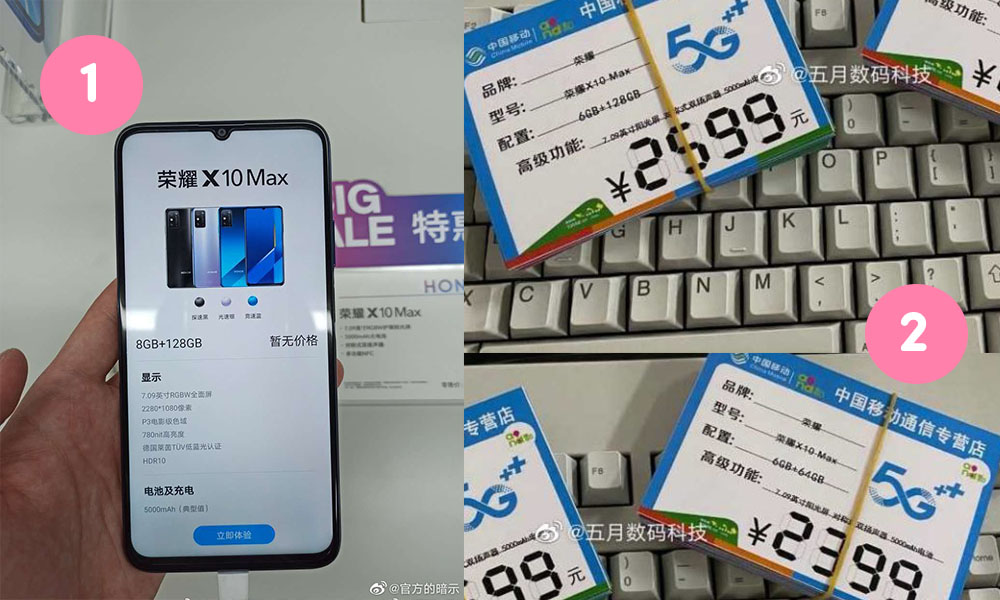 Now let’s talk about the second image of the device which allegedly revealed the pricing of Honor X10 Max. As per the second image, the 6 GB RAM + 64 GB storage variant of the Honor X10 Max 5G will cost 2,399 Yuan while the 6 GB RAM + 128 GB storage will be priced at 2,599 Yuan. Now there is no mention of the 8GB RAM variant of the device in the second leaked image, maybe the company will release the 8GB variant later.