In this article, We’ll be showing you ‘How to force “ok Google” hotword to work when the Screen is Off (root)’.OK Google hotword detection is a very amazing feature which was first announced on Moto X 2017 and after then it is almost available in most of the device.

This feature has the ability to wake up through voice comands. This feature comes very handily when you have to search anything in Google but you are traveling in a car or you are doing something in which you can’t access your smartphone. 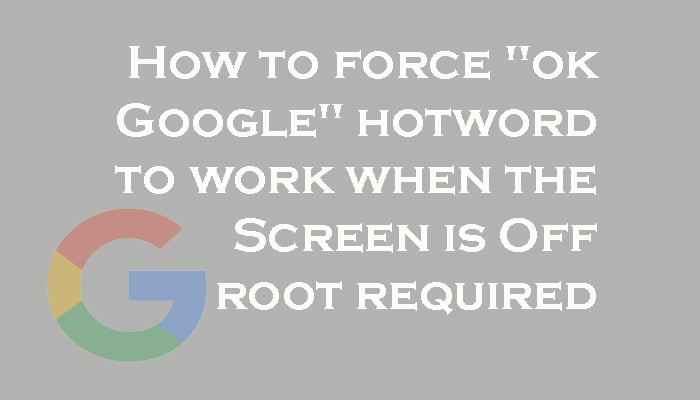 2 years back, there was an application called ‘ Open Mic+ for Google Now’ which basically allow OK google to listen to your voice command even when you screen is off, it enables the background service and let you use ‘OK Google’ hotward detection even when you screen is off but that service got ruined as google requested to user to not to use this service and developer removed that app.

But there is another trick by which you can use this feature even when your screen is Off, all you have to do is root your device and then you have to enter one command.

We are highly thankful to the senior member of Mishaal Rahman

Keep in mind that after this, your battery will start draining very fast. So, if you do care of battery life of your device then do proceed.