HTC U12+ gets Android 9 Pie update in Taiwan region at first. The handset launched back in 2018 with flagship-grade specifications. The latest update is rolling out in Taiwan initially in a size around 1.06GB. A few months ago, HTC had announced that they will roll out the Android Pie update to the U12+ and U11/U11+ devices as well. Now, the Taiwanese U12+ device users are getting the software update first. The rest of the regions will receive the update within a few weeks or more.

HTC U12+ gets Android 9 Pie Changelog:

The changelog is given by HTC officially mentioned that the latest software update comes with the version number 2.45.709.1 in Taiwan. It’s rolling out gradually and may take some time to roll out all devices completely.

The update brings the latest Android Pie version and offers some of the bug fixes with system improvements as well. Now, Google+ integration has been removed via its BlinkFeed feature. Though there is no confirmation on the security patch update yet.

HTC U12+ gets Android 9 Pie update but the company hasn’t confirmed yet any details for the update roll out on HTC U12+ global devices. It may take some time from now to roll out the software update globally. However, you can check for the OTA update notification from your device manually. 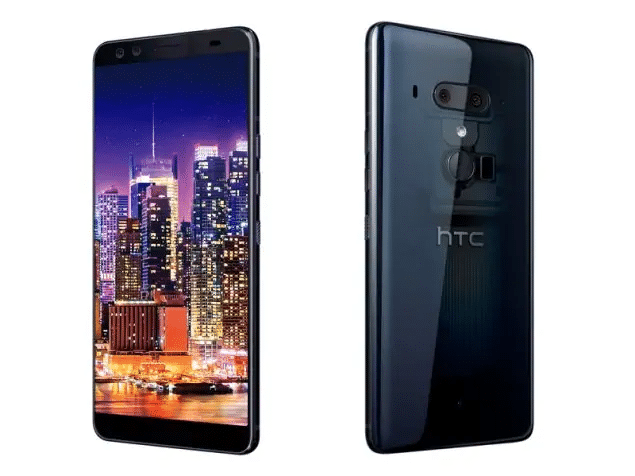 A month ago, HTC had paused the Android Pie update for the U11 due to some issues with the soft-bricking to the hardware. Though HTC has mentioned it in their community and forum and has rolled out a fresh update later. We hope that this time, the users won’t get affected by that latest update.

HTC U12+ Specifications and Features

The phone comes with a 6-inches touch display with a resolution of 1440×2880 pixels. HTC U12+ is powered by a 2.8GHz octa-core Qualcomm Snapdragon 845 SoC coupled with 6GB of RAM. The device comes with a 64GB of inbuilt storage option which is expandable up to 200GB via a MicroSD card.

The U12+ runs on Android 8.0 Oreo out-of-the-box but now started receiving Pie update in batches. It’s powered by a 3,500 mAh battery. On the rear side, the device sports a 12MP Ultrapixel camera along with an LED flash. While the front sports an 8MP selfie camera for taking selfies.

The HTC U12+ includes Wi-Fi 802.11 a/b/g/n/ac, GPS, Bluetooth 5, NFC, 3G/4G dual Nano-SIM, and more. While the phone includes an accelerometer, ambient light, gyro, proximity, and compass sensor. It has a rear-mounted fingerprint scanner as well. The HTC U12+ measures 156.60 x 73.90 x 9.70mm and weighs around 188 grams. It was available in Ceramic Black, Flame Red, and Translucent Blue color options.