A popular tipster goes by the name Changan Digital Jun has shared a fresh live shot of the Huawei Enjoy 20 which is rumoured to be a re-branded version of upcoming Maimang 9 (Chinese variant).

The tipster has also claimed that the device will be releasing in the domestic market on July 26, 2020. The Live image reveals that the upcoming Maimang 9 a.k.a Huawei Enjoy 20 is having a notch-less 1080 x 2400 pixels display. The device bears the model number FRL-AN00a 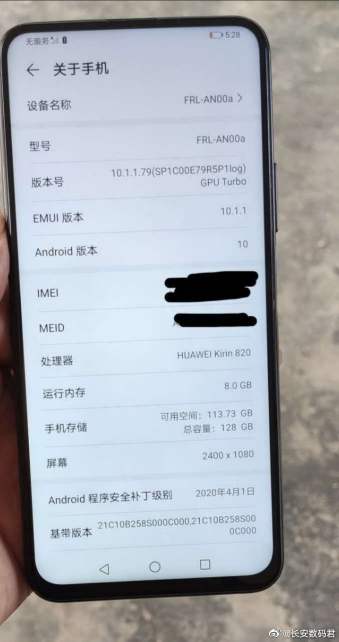 The device runs on EMUI 10.1.1 (Android 1o). As per the leaked image, the device is driven by Huawei’s Kirin 820 SoC coupled with 8GB of RAM and 128GB onboard storage.