When it comes to providing faster and frequent software updates and security patch updates for the non-Pixel devices, HMD Global comes first in place. Last year, HMD Global has promised to deliver the Android 9 Pie update to most of its Nokia devices. This year also the company has released the Android 10 update roadmap for its Nokia models in batches. Nokia 8.1 is one of the first Nokia family phones to receive the official stable Android 10 update. However, the Nokia 8.1 is still running on September 2019 Security Patch. While the Nokia 2 and Nokia 5 gets October 2019 Patch.

The latest October 2019 Android Security Patch Level offers some of the vulnerability fixes and enhances the system security. There are no other improvements or fixes available with this update. Both the devices are receiving the software OTA updates in batches and will take some time as well. Let’s take a closer look.

Nokia 2 was launched back in 2017 with Android Nougat and entry-level specifications. The handset was received the Android Oreo update with the September 2019 patch early this year. While the software update comes with the 0.68Q version and weighs around 79.9MB in size.

On the other side, Nokia 5 model was launched in 2017 as well. The latest October 2019 Patch update has arrived in Indonesia and soon rest of the regions will receive it. It has the v6.19B software version and weighs around 323.8MB in size. 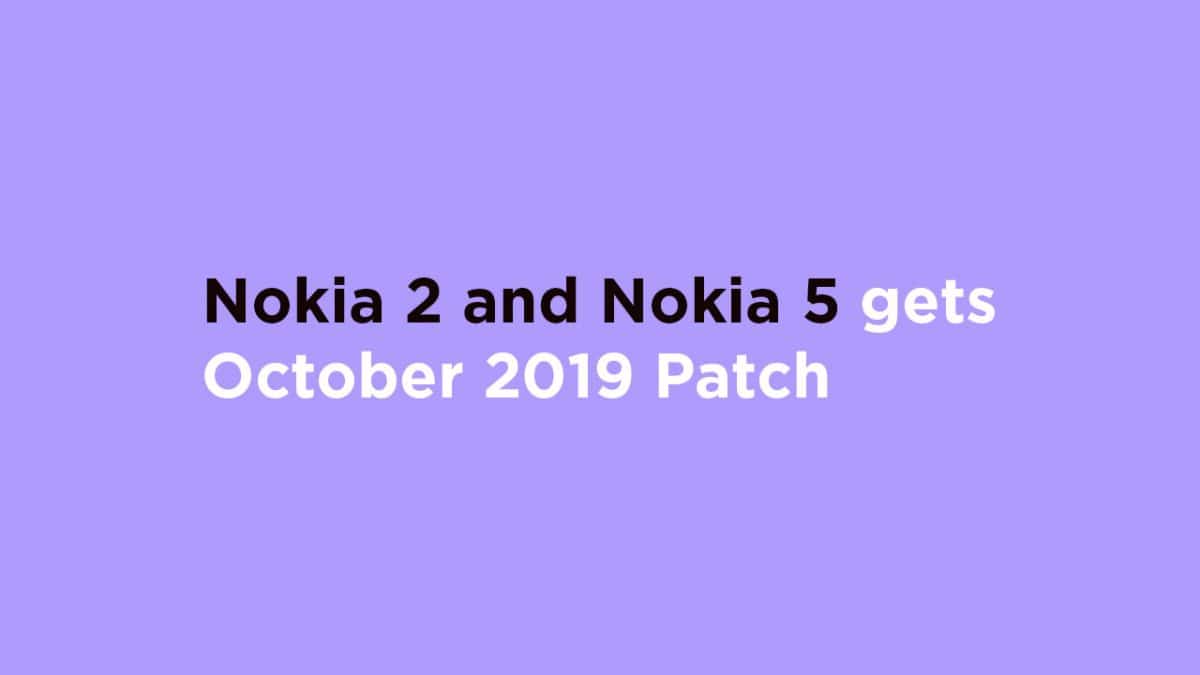 The software update brings improved system stability and enhanced the user interface along with the October 2019 Security Patch.