We all know that tomorrow (July 14, 2020) Realme is going to unveil its much-awaited budget smartphone, Realme C11. There are rumours that some other products may also be launched alongside the smartphone and now it has been confirmed. 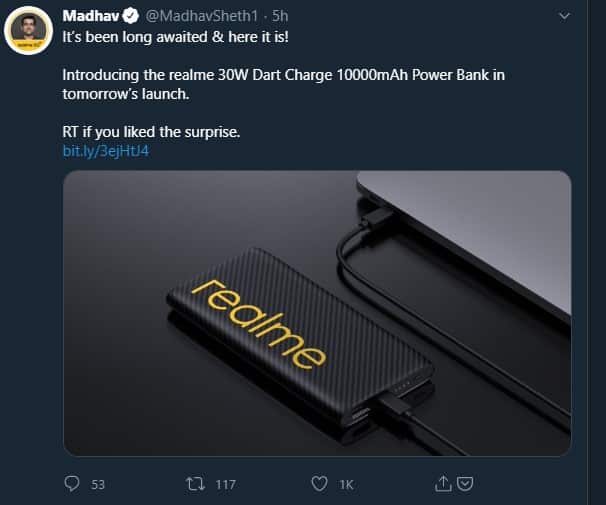 Now just before the launch event, Realme CEO Madhav Sheth has confirmed that the company will be launching a Power bank with 10000mAh battery capacity. The best part is the power bank will support 30W Dart Charge.

FYI, the same power bank was launched in its domestic market with a price tag of 199 yuan (around $28). The Chinese variant has a USB-A port which supports maximum 30W power output. Along with that, there is a USB-C port which supports both input and output power flow.

In China, there are two colour options available, black and yellow and we think the same colour variants will make it to the Indian market. Now it will be interesting to see how much the price of the power bank will be in India. If you ask me, I think it will be priced under INR 2000.