The recently launched affordable flagship-killer Realme X is reportedly getting a new software update in China. The firmware update brings the July 2019 Security Patch with other system improvements. Realme X was launched last week in India. It sports a full-screen AMOLED no-notch display with minimal bezels and a pop-up selfie camera. Though the device comes with a mid-flagship processor, not a true flagship processor. It also offers in-display fingerprint sensor at an affordable price tag. Now, Realme X software update brings July Security Patch and more. Here in this article, we will share with you the details.

According to ITHome post, Realme has shared the official news that the Realme X starting to receive a new system update in China. The new update brings the Android Security Patch level to July 5, 2019, and some system improvements. The update also brings system stability to the device over Android 9.0 Pie. While the other improvements include a new VoLTE HD call icon, Google services framework, deep sleep mode for improved battery life, etc. Currently, the software only available in China but soon it will be available for India region as well. Till then we have to wait for more details.

The Realme X comes with a 6.53-inch Full-HD+ AMOLED Full-Screen display with 1080×2340 pixels resolution and a 19.5:9 aspect ratio. The screen is also protected with Corning Gorilla Glass 5. The smartphone is powered by the octa-core Qualcomm Snapdragon 710 SoC coupled with 4GB and 8GB of RAM. While the storage is available in 128GB.

It packs a 3,765 mAh battery which supports VOOC 3.0 fast charging technology. The device includes ColorOS 6.0 on the top of Android 9.0 Pie out-of-the-box. 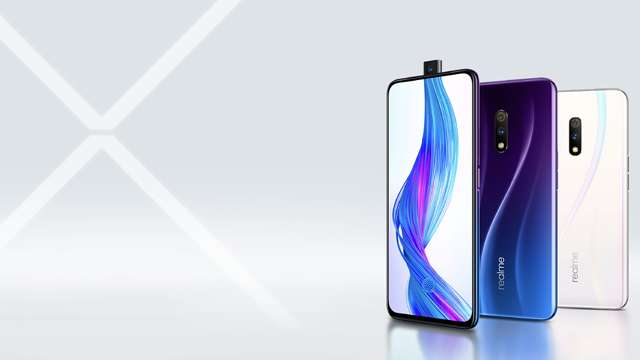