Realme is gearing up for its upcoming launches. The company is rumoured to launch some of its mid-range devices in a couple of weeks. Recently Qualcomm released 3 new 4G enabled mid-range processors and Realme and Redmi are rumoured to use these chipsets in their upcoming mid-rangers.

Realme is also going to launch a new device in the MWC 2020. It is going to be their Flagship. According to the latest post by popular tipster Digital chat station, the device will be powered by Qualcomm’s latest and most powerful Snapdragon 865 Processor. He also revealed that the device may have a punch-hole front camera cut out on the upper left corner of the device. 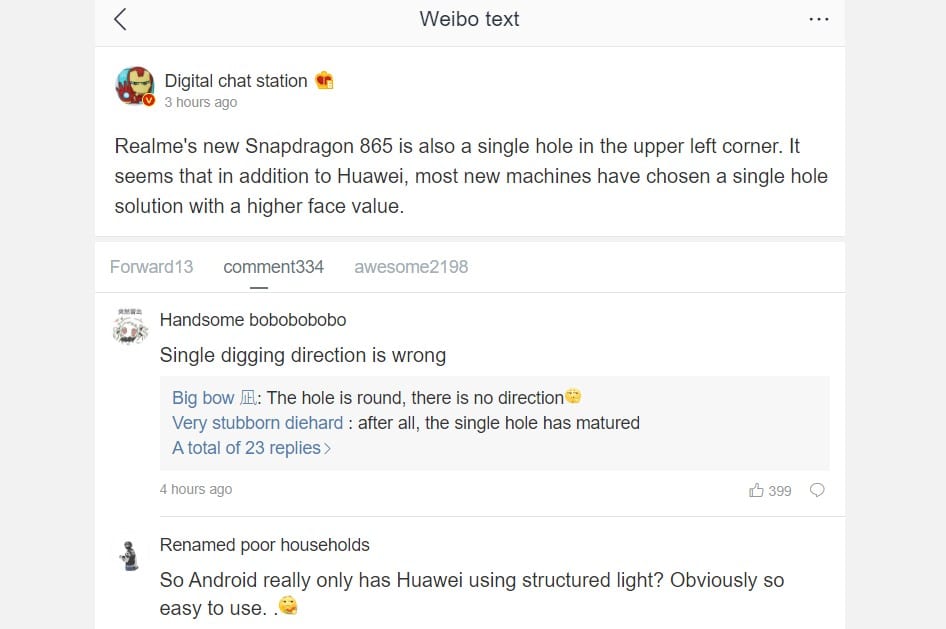 Realme has become a very well known brand in big markets like India and China. The company has been releasing some of the best entry and mid-range devices with a very competitive price tag. For a long time, users have been asking for a Flagship device from the company which is going to come true in a few weeks now.

It is almost certain that Realme’s upcoming flagship will have all the top-notch specs and features. It will also come with the latest Android 10 with Realme UI skin at the top of it.

For more updates on Realme, keep visiting our site.