Xiaomi sub-brand Redmi is reportedly gearing up to launch a new Note series dubbed Redmi Note 10 series. Today, the global variant of Redmi Note 10 with model number M2007J22G appeared on IMDA certification. It reveals that the phone supports NFC and hints towards an imminent launch. 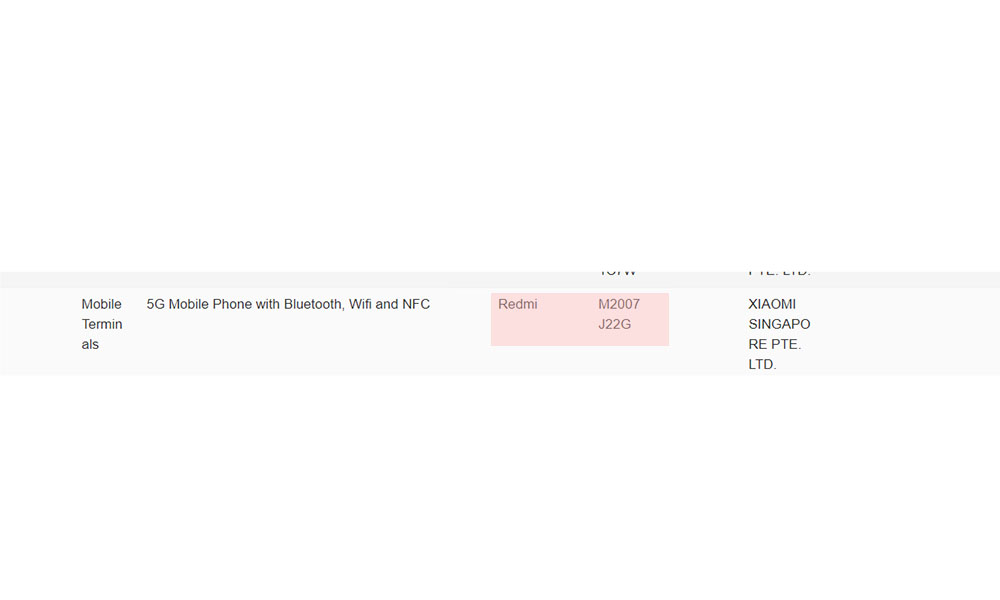 The Chinese variant of Redmi Note 10 is said to bear model number M2007J22C which recently appeared on the 3C certification. According to the 3C listing, the smartphone will come with 22.5W fast charging support. The Redmi Note 10 series will include at least one more smartphone which reportedly bears model number M2007J17C. This one could be a “Pro” model which also appeared on 3C with 33W fast charging.

The vanilla Note 10 is said to feature a 48MP primary camera whereas the Pro or higher model may have a 108MP Samsung’s HM2 sensor. So, this could be the first Redmi smartphone with a 108MP camera. Past reports hints that the series will consist of both 4G and 5G supported handsets. The 4G model could pack Dimensity 720 or 800U processor whereas the 5G model may arrive with Snapdragon 750G.

As of now, Redmi has no words regarding the launch of Redmi Note 10 series. But, rumours suggest that it could go official before the end of this year.