Google has released Google Keyboard V5.0 few weeks ago.Google keyboard has been the default keyboard in Nexus and many other devices and is one of the most used android keyboards.The new update gives users the ability of Remove Typing Suggestions From Google Keyboard With just a Simple Gesture.

Google keyboard is one of the most popular android keyboards because of it’s simplicity and performance.The new Google Keyboard V5.0 comes with some extra features like one-handed mode, adjustable keyboard height, and a number of small features.

One of the highlighted features of Google Keyboard V5.0 is to give users the ability to Remove Typing Suggestions From Google Keyboard that you don’t need.You can do it by just a simple gesture.

How To Remove Typing Suggestions From Google Keyboard 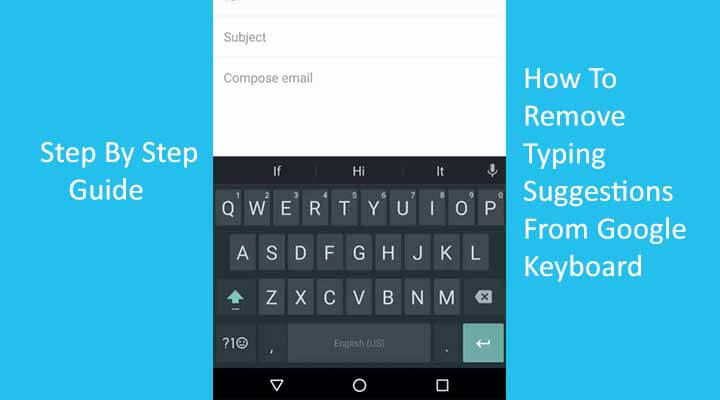 → If you want to remove a suggested word while typing, simply long-press the word and drag it upwards to the bin