Smartphones have taken over the world by storm with their ability to access the internet anytime anywhere. On your smart device, you can use multiple apps for communication using social media. Facebook, Whatsapp, Snapchat, etc are the most important social apps commonly used for connecting with your friends. However, the android phone simply allows you to open the app using a single account. While it is convenient to use the synchronized account, it will be much better if you can use multiple accounts with social apps. This will help you to separate personal and professional life where communication needs differ. 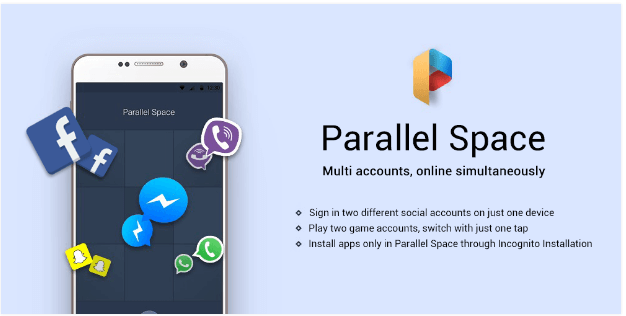 Parallel Space uses a new container technology to run multiple accounts on the same phone. This app only takes up 3.2 MB of your disk space, while allowing you to use second accounts with facebook, Instagram and much more. You can even play games using two different accounts from the same phone. This app provides support for more than 99% of the apps in the Google Play Store and the possibilities are endless.

Note: Users are allowed to run two accounts of an app (Can only add single clone of an app)[/symple_box]

Here I am showing an example of Instagram account but you can try any social network you want.

1) To start using Parallel Space, download the app from the Play Store. The app will install in a few seconds and you can tap on Start to begin using it. 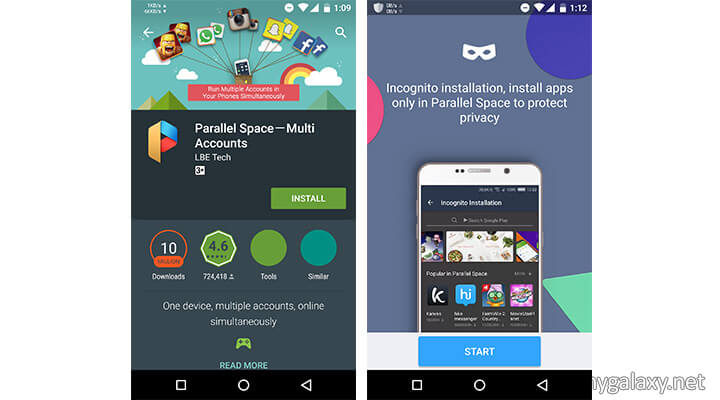 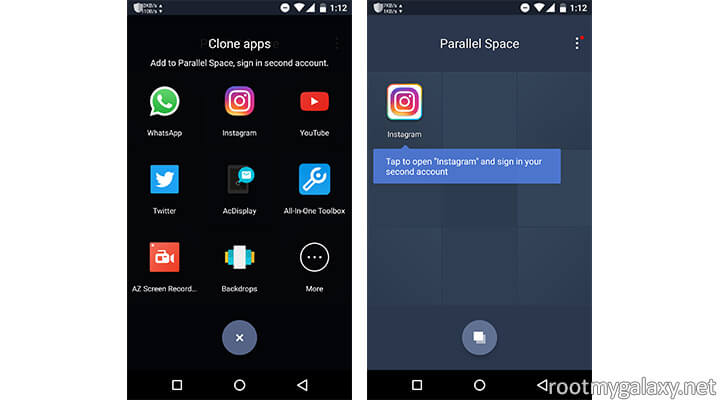 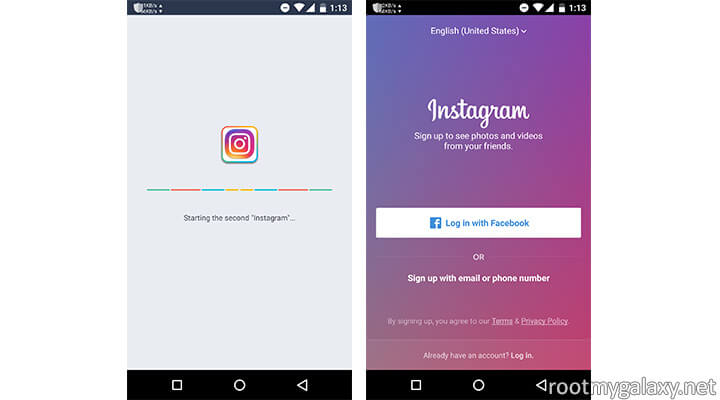 4) Similarly, add all the apps you want to use with multiple accounts to Parallel Space.

5) You can also create multiple clones to use as many accounts as you want using the same app.

If you don’t want to open Parallel Space every time you want to use multiple accounts, simply add the cloned app to your android phone home screen. However, you can add only a single clone on the home screen so that you can use at most two accounts of an app through the home screen.

To prevent others from gaining access to Parallel Space, you can use a security pattern password. Open the menu in the main page and set the Password.

Parallel Space has its own storage manager and task manager that let you manage multiple iterations easily without monopolizing all the android resources. You can close the instances of the apps you want using the Task Manager to free the RAM.