Samsung Galaxy A32 5G could be the company’s next mid-range 5G smartphone. Recently, the device was spotted on the Geekbench and FCC and today, it appeared on Bluetooth SIG certification. Hence, it seems that the device is getting more closer to the launch. 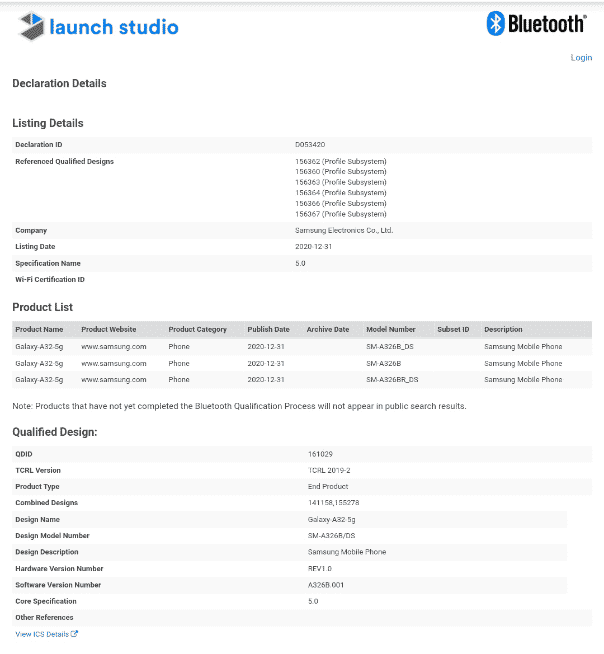 The Galaxy A32 5G appears in the Bluetooth SIG listing with model numbers SM-A326B, SM-A326BR_DS, and SM-A326B_DS. This confirms that the smartphone has a single sim and a dual sim variant. It also reveals that the phone has a Bluetooth v5.0 standard.

Other than this, the listing does not reveal any specs but thanks to Geekbench, we already know few key specs. Samsung Galaxy A32 5G will be powered by MediaTek Dimensity 720 chipset coupled with 4GB of RAM. The handset will boot Android 11 OS out of the box. 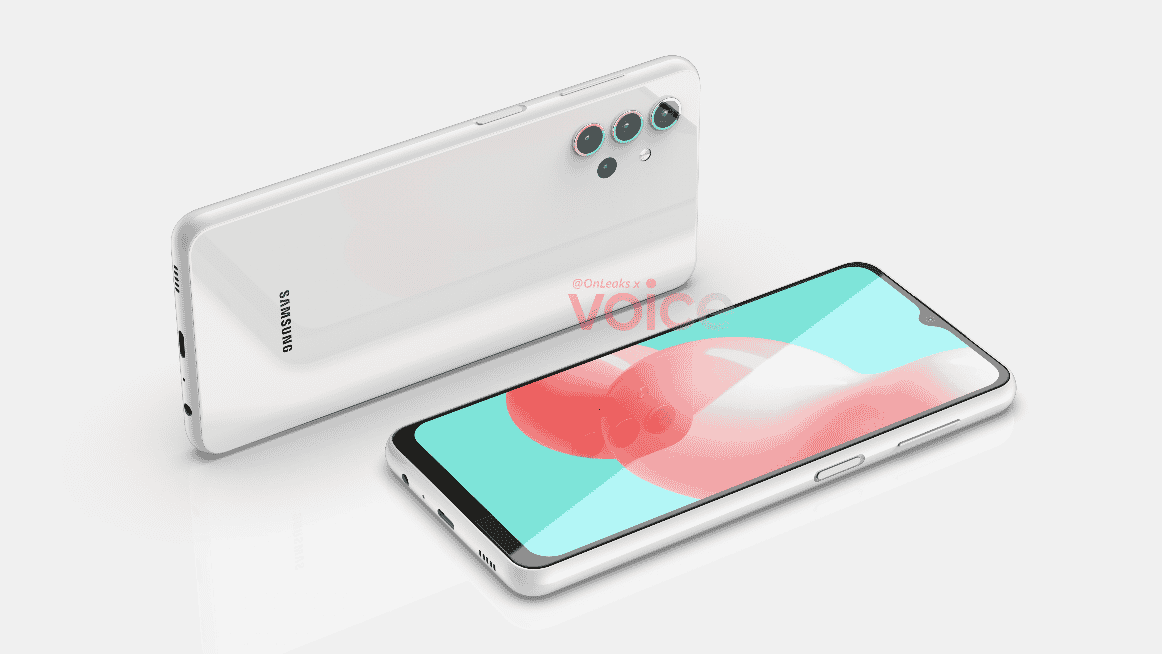 Coming to the FCC certification, it revealed that Galaxy A32 5G will house a 5,0000mAh battery and supports 15W of fast charging. Leaked renders of the device shared by Onleaks reveal its complete design. It shows that the Galaxy A32 5G has a flat display with a waterdrop notch for the selfie camera. The rear side will pack a quad-camera setup where the main sensor could be of 48MP resolution.

As of now, there is no word from the company regarding the launch of Galaxy A32 5G. But, I think we are not too far away from an official announcement.

Samsung Galaxy Z Flip receives One UI 3.0 based on Android 11