The Samsung Galaxy A50 is one of the budget mid-range smartphones launched in March 2019. The handset runs on Android 9.0 Pie on the top of One UI out-of-the-box. Now, all the Galaxy A50 users should rejoice as the Galaxy A50 Android 10 stable update will arrive pretty soon. Meanwhile, the company has started testing the Android 10 beta version for the Galaxy A50 units in India.

Therefore, it’s expected that One UI 2.0 stable version will appear soon for the Galaxy A50 models. It’s also worth mentioning that the Galaxy A50 is receiving quite faster security patch updates for a couple of months, even before flagship Galaxy models or Google Pixel devices.

The device is currently running on the latest January 2020 Android Security Patch Level which was released by the end of last month of the last year. So, there is a pretty good sign for the Galaxy A50 users that at least they’re getting faster and consistent software updates as of now. However, some of the reports are suggesting that the Samsung Galaxy A50 Android 10 stable update is likely to come after two months that’s near around April 2020. 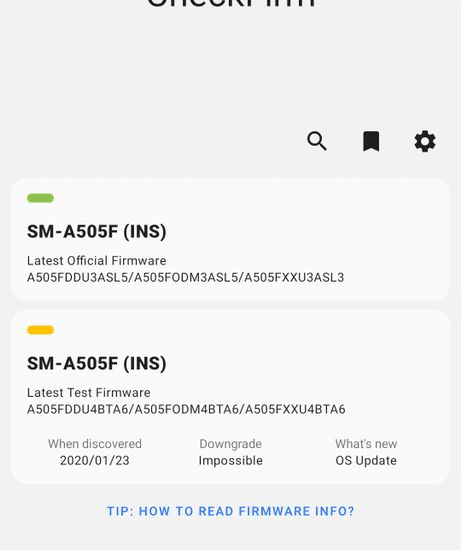 The revealed One UI 2.0 software version for the Galaxy A50 is A505FDDU4BTA6. But currently, the handset is running on A505FDDU3ASL5 based on Pie. So, we may have to wait for more info or leaks to get confirmed when the device will get the latest Android version update.

Till then, keep visiting our blog.