Android Nougat 7.0 comes with many amazing and new feature and if you want to experience all Nougat feature on your device the, of course, you have to update it. So in this article, we will list all the device which will get the Nougat update or which already got the Nougat update.

Most of the flagships and new generation galaxy devices are going to get the official android 7.0 nougat via OTA.Below we have listed the Samsung galaxy devices which will get the Android Nougat Update officially. 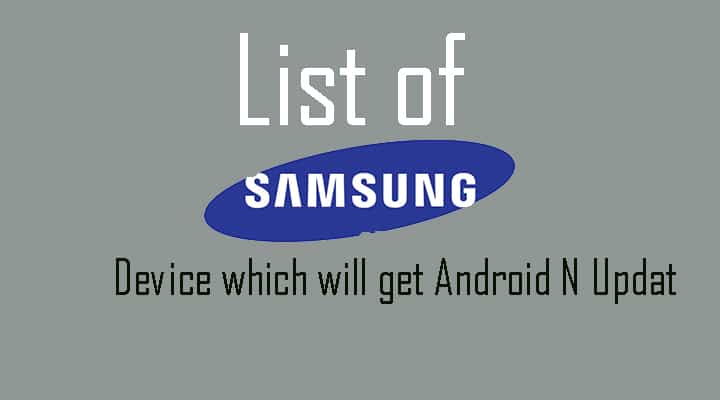 There are total 17 Samsung Galaxy Device which will surely get android Nougat official update.

So, these are the list of devices which will get Android 7.0 Nougat update.