The Samsung Galaxy F04s has been spotted on the popular benchmarking website Geekbench, giving us a glimpse at what the upcoming smartphone has to offer.

According to the listing, the Galaxy F04s will be powered by MediaTek’s Helio P35 processor and run on Android 12 out of the box. The device is also listed with 4GB of RAM, indicating that it may be a budget-friendly option for those in the market for a new smartphone. In the benchmark, the Galaxy F04s scored an impressive 912 in the single-core test and 3,462 in the multi-core test. 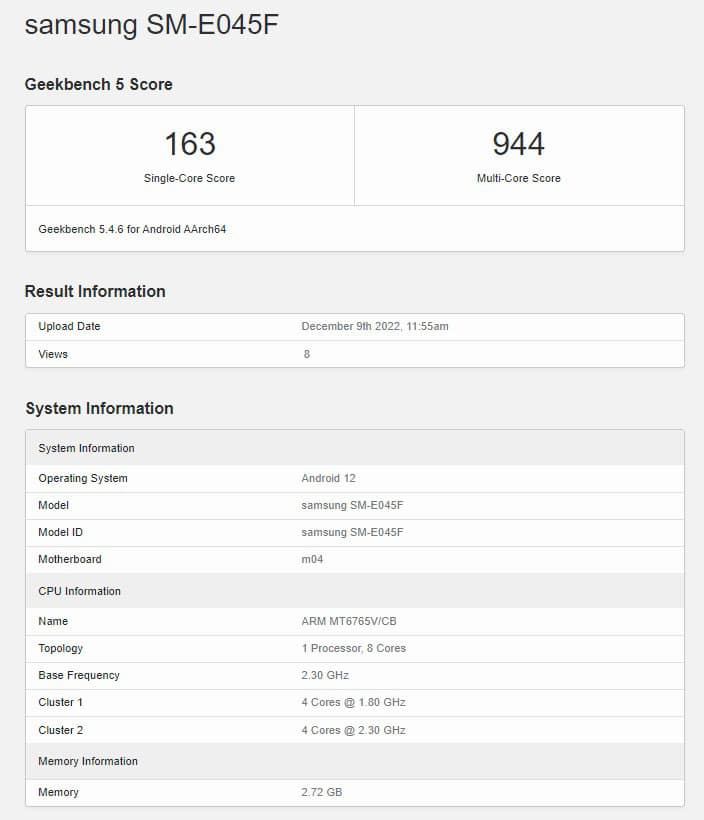 While the model number of the Galaxy F04s, SM-E045F, is similar to that of the recently released Galaxy M04, it is unclear whether the two devices are related. Some have speculated that the Galaxy F04s may be a rebranded version of the M04, potentially belonging to Samsung’s “F” series of smartphones.

As always, we will be keeping a close eye on any further developments and will bring you all the latest news on the Samsung Galaxy F04s as it becomes available. Stay tuned for more updates!

How to Enable and Disable OnePlus Scout

How to Fix Lensa App Magic Avatars Not Loading or Working