Ludo has now become the most played game in the subcontinent which consists of India, Sri Lanka, Pakistan and Bangladesh and now, we have a board game which is played online and available for Android on the Google Play Store which is known as Ludo Star.This game has been played widely all around the world by the fans of Ludo but the most active users of this game are the people from the subcontinent. Now, the game was developed by Gameberry a game development company and the app has gained massive popularity thanks to its ease of use and various features as well as availability for Android smartphones.

Some of the features of the Ludo Star game include logging into the game with Facebook as well as inviting your friends to play along with you. The fan base of the game has already grown up to a huge level but the app has recently been faced by some issues from its users. One of the issues that the users face when they open the app is the message that the game has stopped working. The exact message reads “Unfortunately, Ludo STAR has Stopped“.

Now, if you are one of the fans of the Ludo Star game and have been addicted to the game then you will have definitely faced this problem but we have a solution to this problem. Below mentioned are the steps which you can apply to solve this, Unfortunately, Ludo STAR has Stopped error On Android

Fix for the “Unfortunately, Ludo STAR has Stopped” error on Android 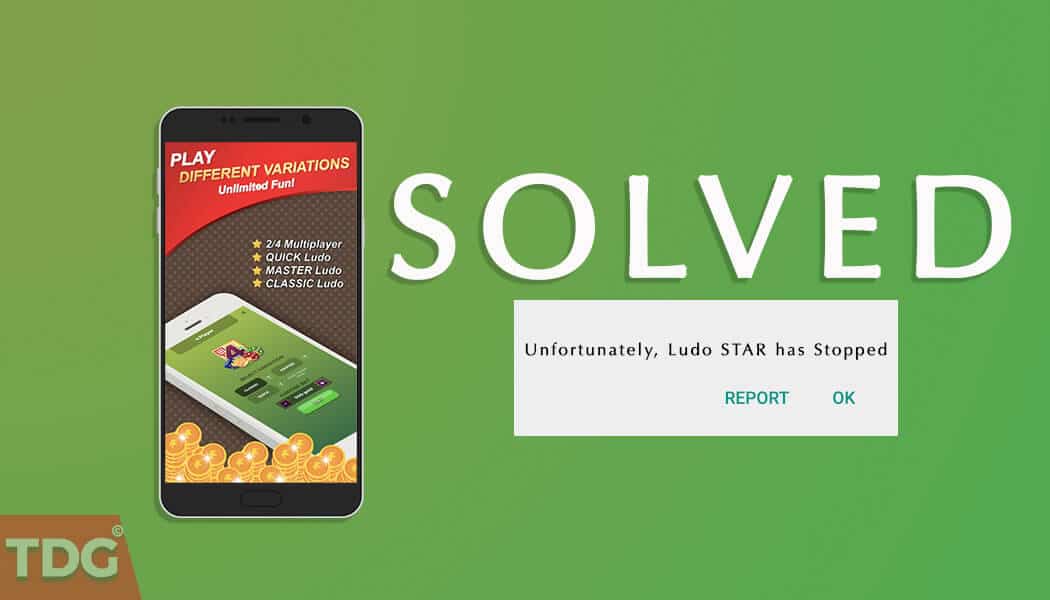 If you are facing troubles in following any of the steps mentioned above or your issue has not been fixed even after following these steps then let us know in the comments section down below.

8 thoughts on “How To Solve “Unfortunately, Ludo STAR has Stopped” Error On Android”