These updates are incremental updates which fix various bugs and improves the stability of the system. This new update is Galaxy A10’s second update since its release. The new update on Galaxy A10e brings the latest security patch to the device and removes the Yahoo Play App. According to the Verizon support website, when a user tries to launch the Yahoo Play App, he/she will be notified the service is being discontinued. 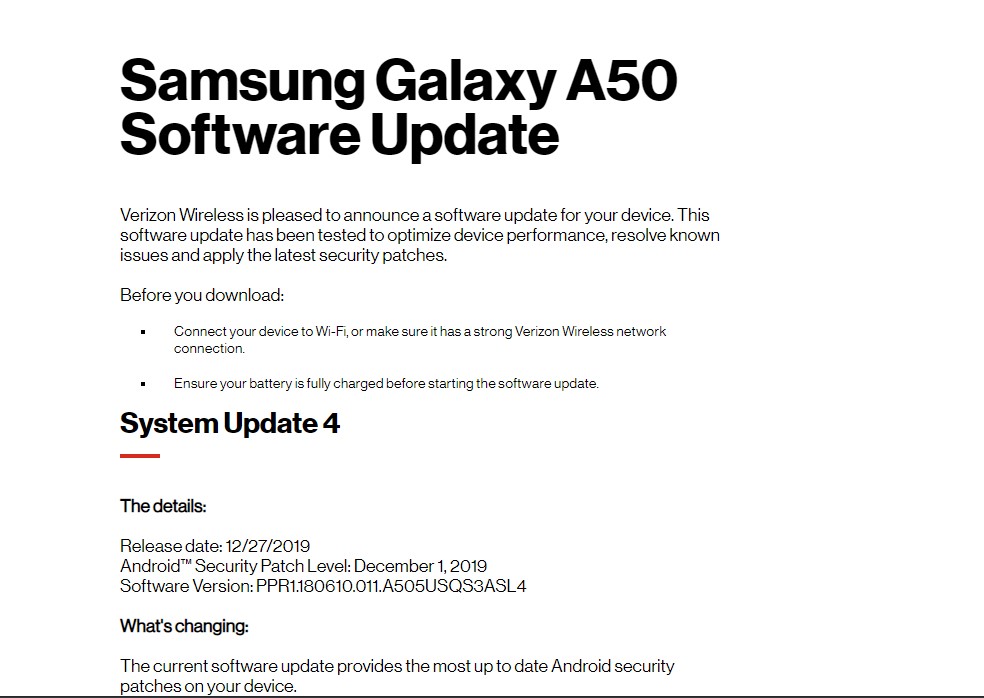 The new update brings the latest security patch update to the device. It improves the stability and performance of the device. The updates are being released as OTAs. You can manually check for the update from Settings > Software update >Download updates manually. If there is no update showing on your device, then wait for few days for the update to come to your device as it is being released phase-wise manner or you can manually flash the full firmware using Odin Flash Tool.