Verizon Moto E6 users in the USA have started getting a new update. The American carrier has started rolling out the latest December 2019 security patch update to the device. The new update will bump the software version to PCBS29.73-81-4 and PVT

This update is rolling out only for the Verizon users. It is a  very important hotfix update which addresses many bugs present on the previous build. The update is being rolled out as an OTA. If you own a Verizon Moto E6, chances are there that you may have already received the update.  You can manually check for the update notification by heading to Settings >>About phone>>System updates. 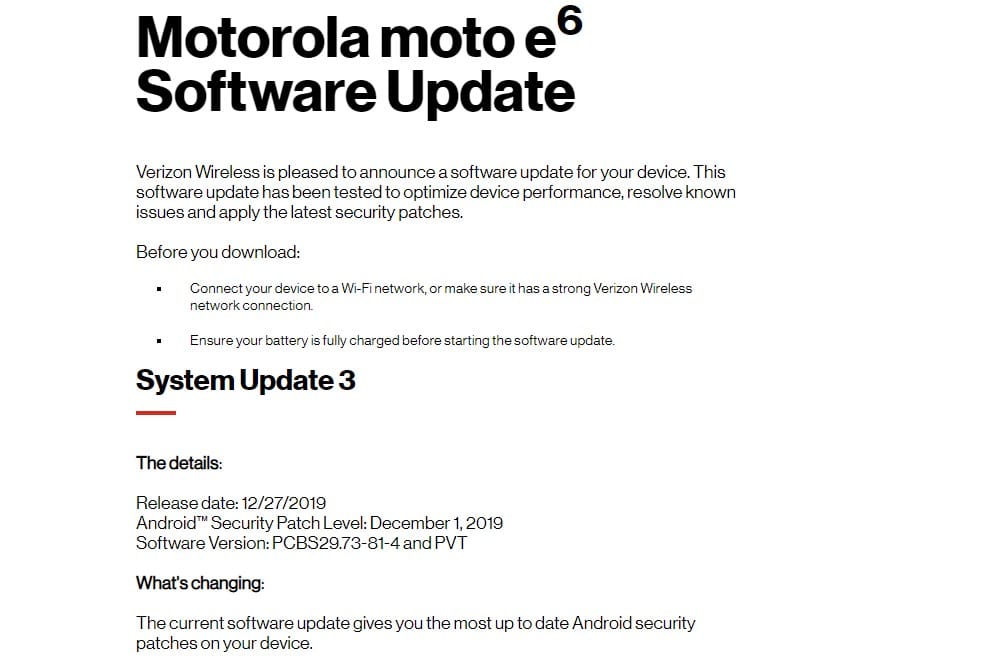