The Vivo V1950A once again appeared online. The device is believed to be the upcoming Vivo NEX 3 5G. It was listed on TENAA a couple of days ago with Images and Key specification. Then the device was spotted on the 3C certification website.

As per the TENAA listing, the phone will come equipped with a 6.89-inch full-HD+ (1080 × 2256) AMOLED display. The images which were shown on TENAA give us a clear idea about the design of the device.  According to the leaked images, the device will have a curved display without a notch, and very slim top and bottom bezels.

According to some other rumours, the Vivo V1950A will feature a triple rear camera setup. The phone will be powered by an octa-core Snapdragon 865 CPU coupled with 8GB of RAM and up to 256GB of internal storage. 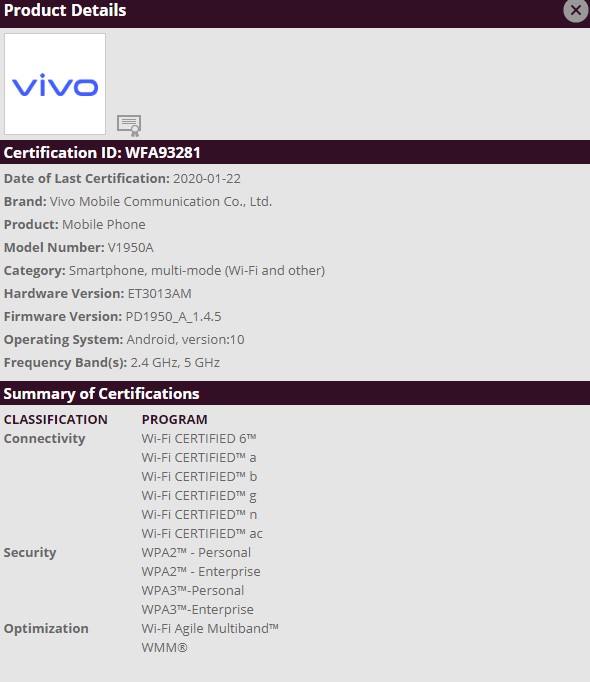 Now the device has received the Wi-Fi Alliance certification hinting that the launch date of the device could be nearing. According to the listing, the device is running the latest Android 10.

For the latest news and leaks, please keep visiting our website.