Most of the major Android manufacturers have started updating their devices to the latest Android 10 update. Now Sony has updated some of its devices to Android 10 officially. The update is being released as an OTA, so if you own any of the devices, you have already received the update notification on your device.

This is a major update which comes with the latest Android version. The update addresses many bugs which were present in the previous build. It also brings stability and performance improvements to the device. There are many new Android 10 features which are added to the device.

The update comes with the version number 52.1.A.0.532. Thanks to a post on Xda forums, we have some idea about this major update. According to that post, dark mode is now added. The launcher is the same so there is no gestures navigation possible as of now. The recent app panel is exactly the same as it was on the pie. 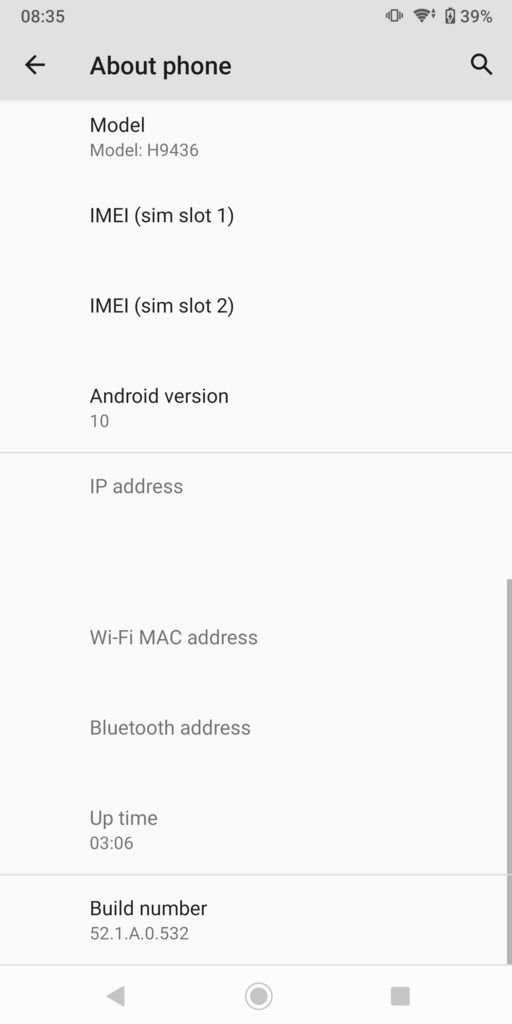 All the important Android 10 features like Digital Wellbeing are now added to the devices. You can manually check for the update by going to Settings » About phone » Software update, then check for update. If there is no update showing on your device, then wait for a few days for the update to come to your device.