We have been hearing about the upcoming Vivo IQoo flagship for quite some time now. It is rumoured to be the iQoo 3 5G. The company has recently announced that it will enter the Indian market with the sub-brand iQoo.

A few days ago an Indian tipster revealed some of the major specs of the upcoming IQoo 5 3G. According to him and Digital Chat Station (a popular Chinese tipster), the iQoo 3 will feature a 6.4-inch full-HD+ (1080×2400 pixels) AMOLED display made by Samsung. There will be a punch-hole cut out for the front camera. The Display will be a 60Hz panel.

The smartphone is also said to be powered by Qualcomm’s Snapdragon 865 SoC which is the latest most powerful mobile CPU. If the rumours are to be believed, there will be a quad rear camera setup. There will be a 48-megapixel primary sensor. The upcoming iQoo 3 5G will have a 4,410mAh battery with 55W fast charging support. The device will support 5G.

A few days ago, a Vivo device with 55W fast charging support also appeared on the Chinese 3C database. 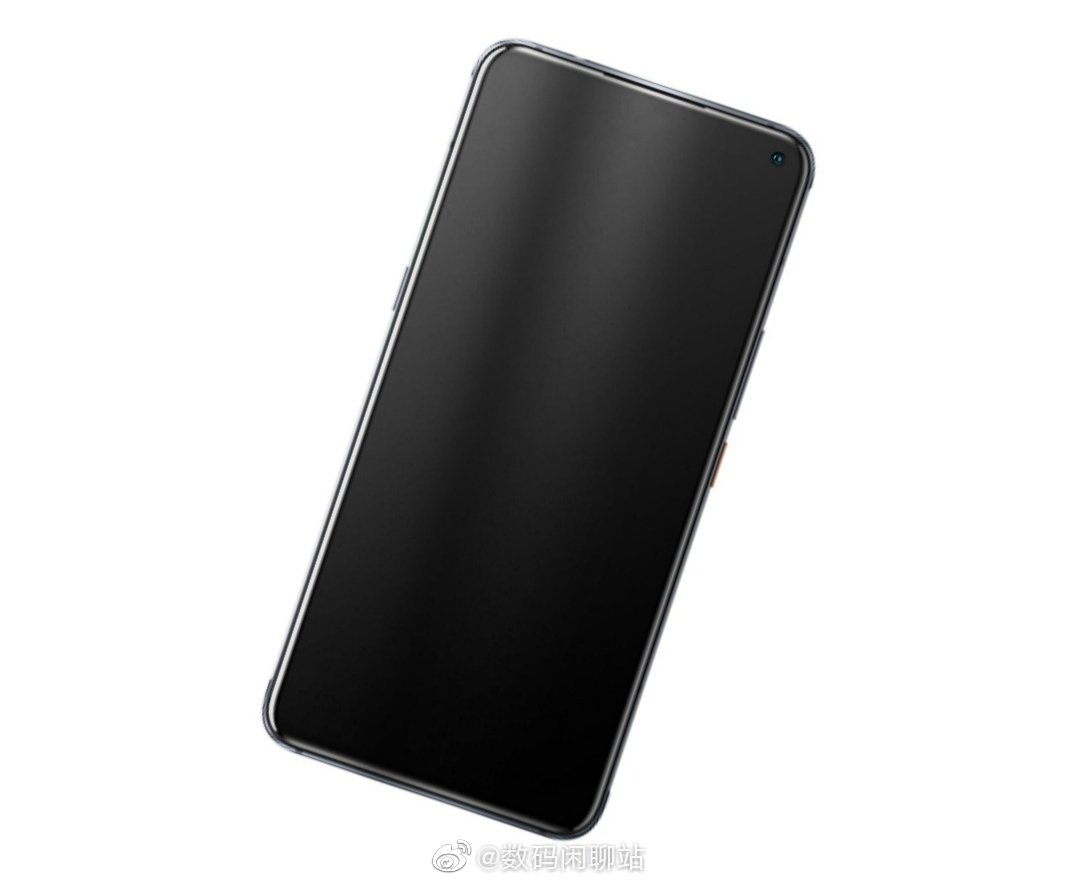 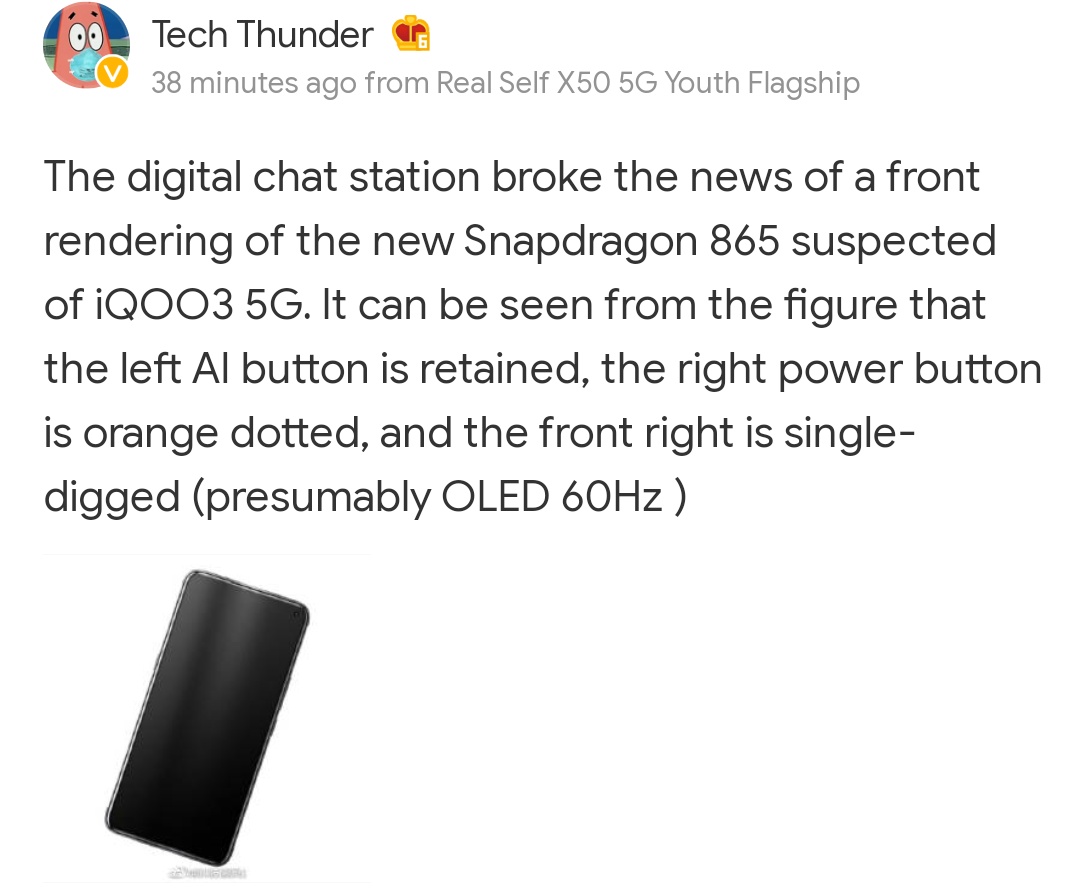 Now a popular Chinese tipster going by the name Tech Thunder has posted a render which was shared by Digital Chat station  on Weibo mentioning that the render is of upcoming iQoo 3 5G. He has also mentioned some of the key specs of the device.