This update is rolling out officially you also can check for the update manually by going to your mobile’s settings > about phone > System update, if the update is there then go ahead and install the update if it was not then waiting for the update notification or update your device to Nougat manually with the help of this guide. Android 7.1.1 Nougat on Moto G4 Play

The Nougat update is being rolled out part-by-part in specific regions, so it will indeed take a lot of time for it to roll out worldwide. If you own a Moto G4 Play and are planning to attain the sweet Android Nougat features that come with the update, then look no further! Here is out depth guide on How to Manually Update Moto G4 to Nougat Manually. Android 7.1.1 Nougat on Moto G4 Play 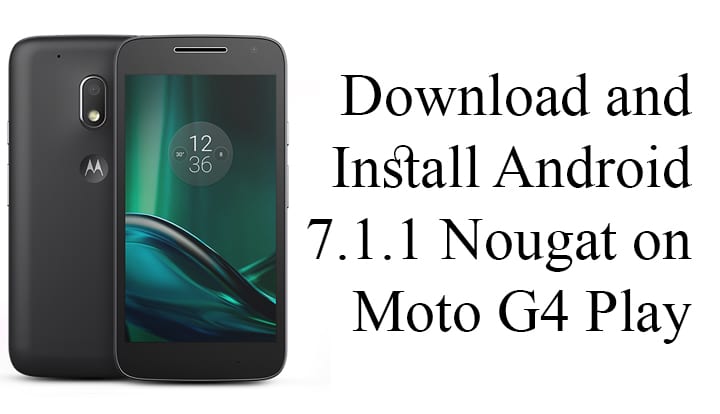 If you have any queries regarding then please do ask in the comment section.